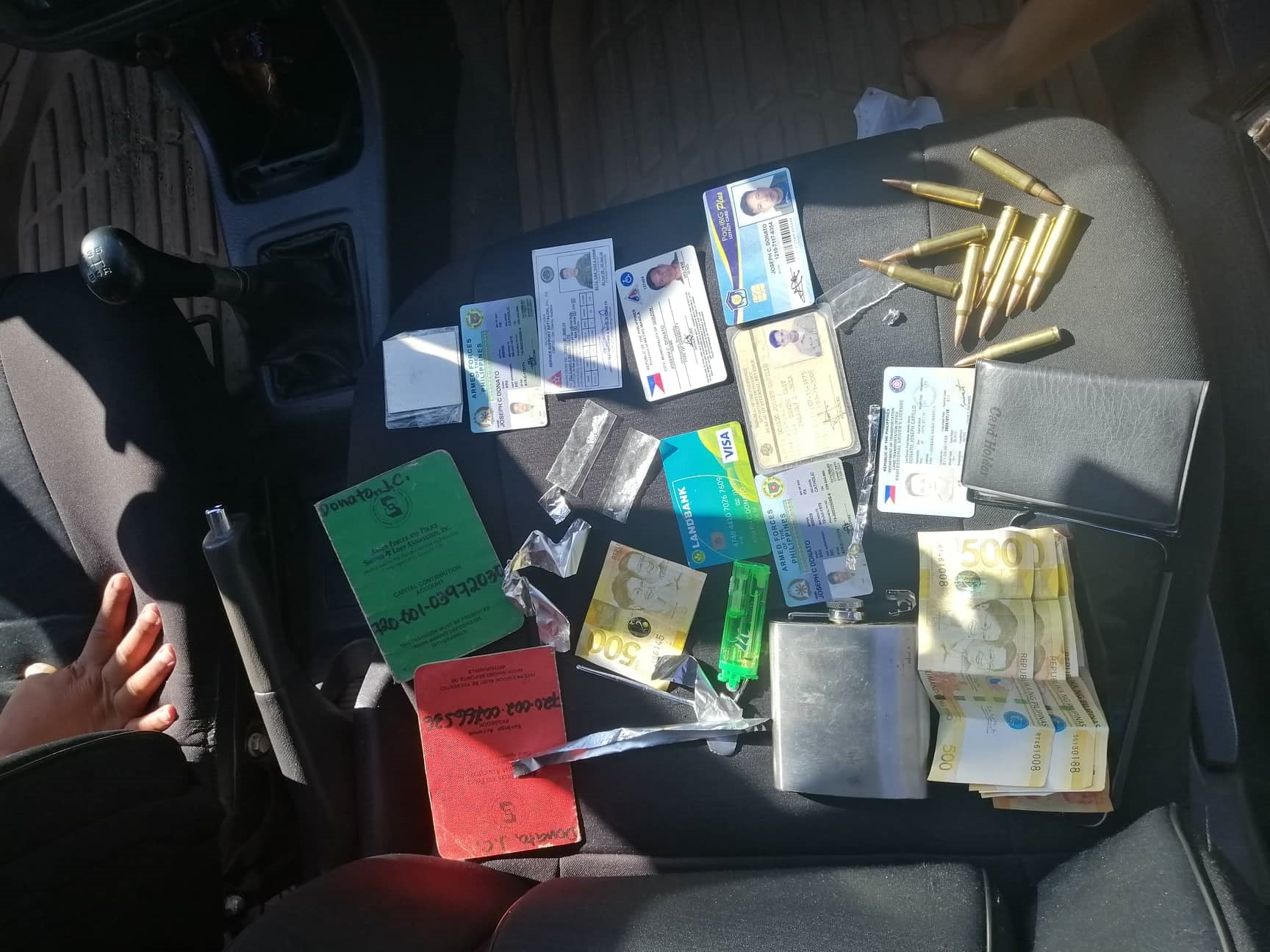 Authorities in Reina Mercedes, Isabela seize sachets of meth and ammunition from an Army soldier on Wednesday (July 15). PHOTO FROM REINA MERCEDES PNP

REINA MERCEDES, Isabela—A 44-year-old Army soldier was arrested after he was caught with suspected shabu, or crystal meth, and ammunition during a buy-bust operation here on Wednesday (July 15) morning.

Col. James Cipriano, Isabela police director, said Joseph Donato, a soldier and resident of the village of Guibang in Gamu town, yielded three sachets of meth during the operation.

Also found in Donato’s possession was the marked P500 used in the buy-bust.

Also seized from the soldier was a mobile phone, drug paraphernalia, a car and Armalite bullets.