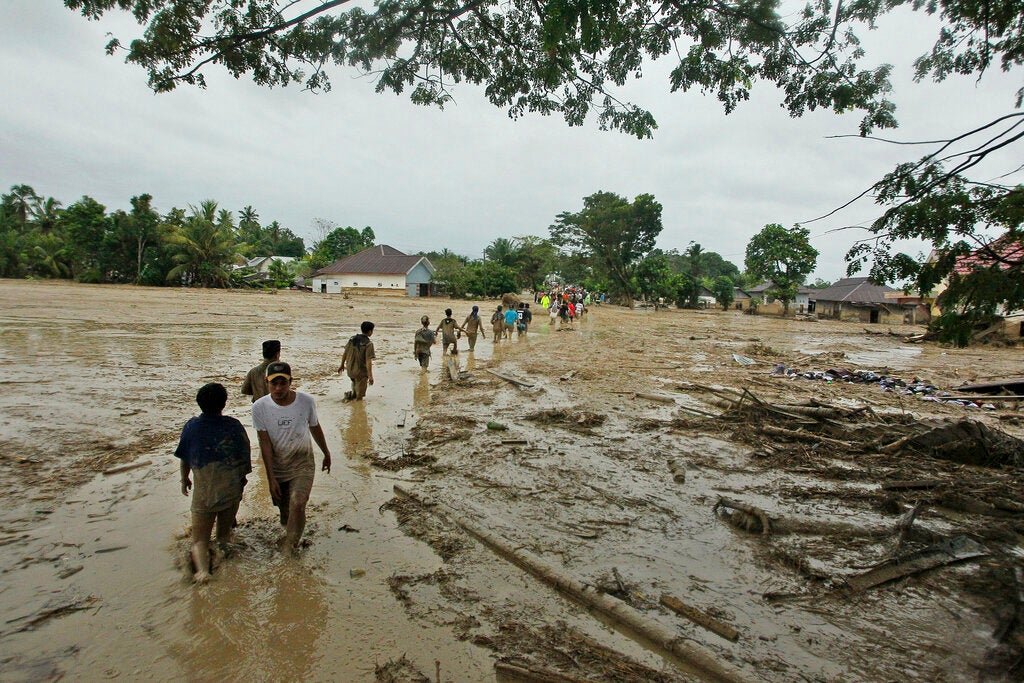 “Fifteen are reported dead and we are still looking for more casualties since access to many locations is still blocked by the mud,” North Luwu district official Indah Putri Indriani said.

She said the flooding began Monday evening and was triggered by heavy rains that caused three rivers to overflow.

Mud and other materials carried by the floodwaters covered roads and thousands of houses, she said.

“The provincial road is covered in mud and that blocks access to the main command post and the affected areas,” Jati said.

Heavy rains cause frequent landslides and flash floods in Indonesia, where millions of people live in mountainous areas or near flood plains.