Man arrested after driving through church and setting it on fire 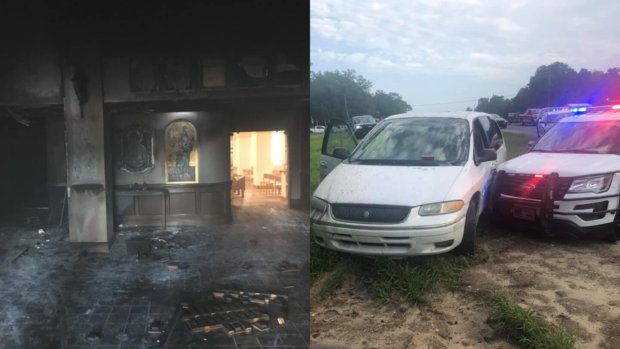 A man was arrested after crashing a car into a church and setting its entrance hall on fire last Saturday, July 11.

Steven Anthony Shields “intentionally” rammed the vehicle into the chapel in Florida, USA, as per the Marion County Sheriff’s Office post on Facebook on the same day.

Officers arrived at the scene shortly after responding to the parish’s call and learned that Shields poured gasoline on the church’s entrance before lighting it on fire. They also noted that several parishioners were preparing for a morning Mass inside when Shields started the flames.

After setting the church ablaze, Shields returned to his car and fled the scene. However, deputy Josue Gonzalez managed to spot him and quickly chased after him.

Gonzalez eventually captured Shields after conducting a precision immobilization technique. Shields was then taken into custody.

Following the incident, authorities assured that the parishioners inside the church at the time were able to leave safely. Firefighters extinguished the fire. Officers also posted photos of the chapel’s entrance hall, which showed it darkened and covered in dust and debris.

Shields has since been charged with attempted second-degree murder, arson to a structure, burglary of an occupied structure and felony fleeing or attempting to elude. He was then booked into the Marion County Jail on no bond.

Meanwhile, Sheriff Billy Woods stressed that “freedom of worship granted in the Constitution is a freedom that [they] all hold dear.”  /ra