Masks for kids? US schools confront the politics of reopening 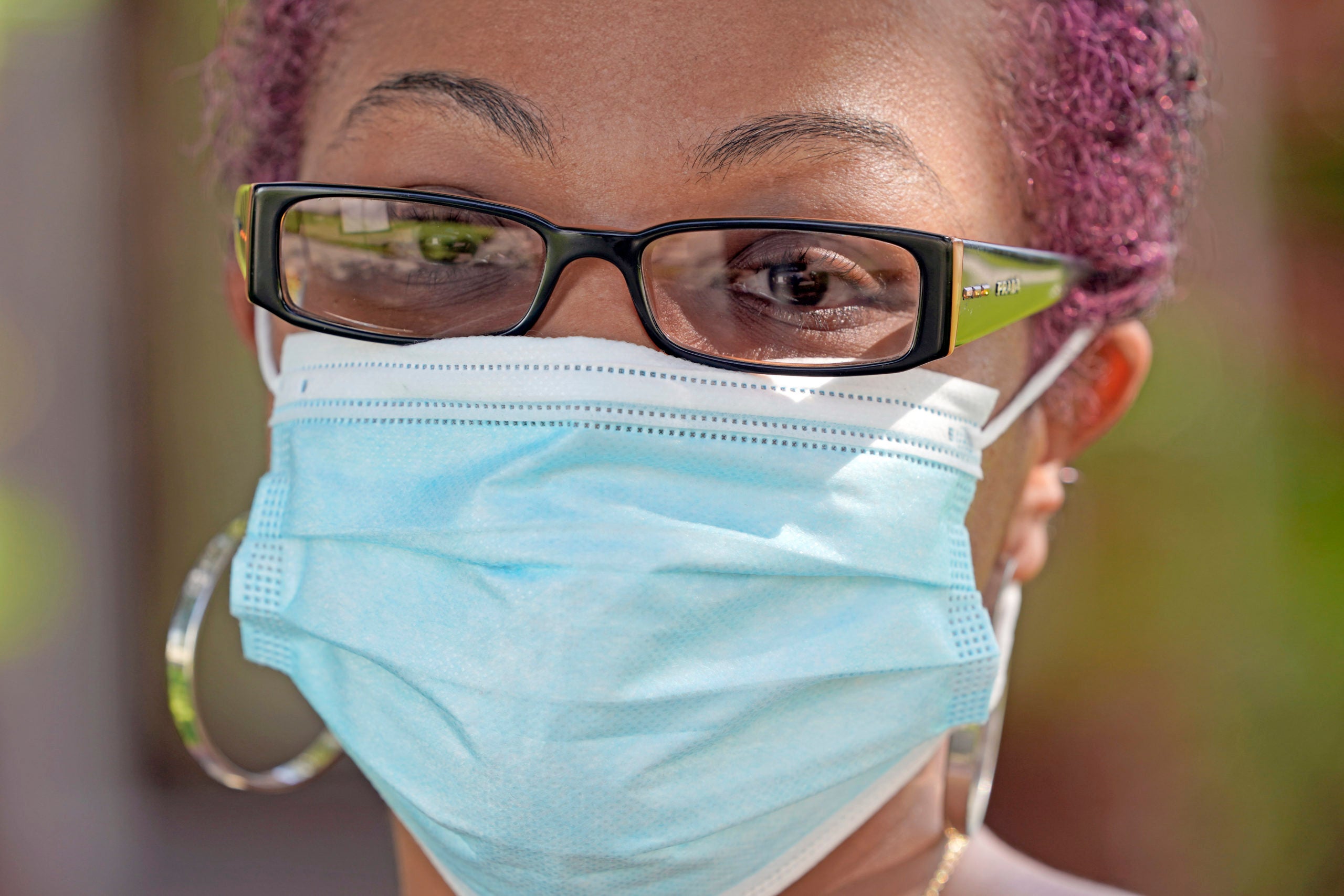 Parent and teacher Stacey Pugh poses for a photograph outside her home Monday, July 13, 2020, in Humble, Texas. While children have proven to be less susceptible to the coronavirus, teachers are vulnerable. “I will be wearing a mask, a face shield, possibly gloves, and I’m even considering getting some type of body covering to wear,” says Pugh, a fifth-grade teacher in suburban Houston. (AP Photo/David J. Phillip)

UNITED STATES — On one side are parents saying, let kids be kids. They object to masks and social distancing in classrooms this fall — arguing both could hurt their children’s well-being — and want schools to reopen full time.

On the other side are parents and teachers who call for safeguards that would have been unimaginable before the coronavirus pandemic: part-time school, face coverings for all or a fully online curriculum.

The impassioned tug-of-wars have put educators in the middle of an increasingly politicized debate on how best to reopen schools this fall, a daunting challenge as infections spike in the U.S.

“Don’t tell me my kid has to wear a mask,” said Kim Sherman, a mother of three in the central California city of Clovis who describes herself as very conservative and very pro-Trump. “I don’t need to be dictated to to tell me how best to raise my kids.”

With many districts still finalizing how they may reopen, President Donald Trump has ramped up pressure to get public schools back in business, threatening to withhold federal funding from those that don’t resume in-person classes. Without evidence, he’s accused Democrats of wanting schools closed because of politics, not health.

Similar mudslinging is happening at school board meetings, in neighbors’ social media clashes and in online petitions.

Some parents have threatened to pull their children — and the funding they provide — if masks are required.

Hillary Salway, a mother of three in Orange County, California, is part of a vocal minority calling for schools to fully open with “normal social interaction.” If the district requires masks for her son’s kindergarten class, she says, “I don’t know if my son will be starting his educational career in the public school system this fall.”

She wants him to feel free to hug his teacher and friends and can’t imagine sending him to a school where he’ll get reprimanded for sharing a toy. She started a petition last month urging her district to “keep facial expressions visually available” and helped organize a protest of over 100 people outside the district office, with signs saying, “No to masks, Yes to recess,” and “Let me breathe.”

Dozens have echoed her beliefs at Orange County Board of Education meetings, where the five-member elected body is majority Republican and is recommending a full return to school without masks or social distancing. The board makes recommendations but not policy, and its supporters argue that face coverings are ineffective, give a false sense of security and are potentially detrimental.

The Centers for Disease Control and Prevention says masks may help prevent infected people from spreading the virus to others and urged students and teachers to wear them whenever feasible. Democratic Gov. Gavin Newsom has ordered Californians to wear them in public.

Brooke Aston Harper, a liberal parent who attended a particularly spirited board meeting recently, said it was “horrifying” that speakers were “imposing their small worldview on all of us.”

“I’m not looking for a fight, I just want us to take precautions,” said Harper, whose children are 4 and 6.

She also started a petition, calling on schools to follow state guidelines that include masks for teachers and students, constant social distancing on campuses and other measures.

“For each school board, the question is going to be: What does our community want, and who is the loudest?” she said.

Many parents, educators and doctors agree that the social, educational and emotional costs to children of a long shutdown may outweigh the risk of the virus itself, even if they don’t agree on how to reopen safely. The American Academy of Pediatrics has issued guidelines supporting in-person school to avoid social isolation and depression in students. But it said science, not politics, must guide decisions where COVID-19 is spreading.

While children have proven to be less susceptible to the virus, teachers are vulnerable. And many are scared.

“I will be wearing a mask, a face shield, possibly gloves, and I’m even considering getting some type of body covering to wear,” says Stacey Pugh, a fifth-grade teacher in suburban Houston.

She hopes her Aldine district will mandate masks for students.

“Come the fall, we’re going to be the front-line workers,” said Pugh, whose two children will do distance learning with her retired father.

The Texas American Federation of Teachers and other unions have demanded clear guidelines.

“Texas AFT says a big ‘hell no’ to what looks like a return to normal in August,” president Zeph Capo said. “We won’t sacrifice our members and students for politics.”

While New York City officials say schools will likely combine in-person and distance learning, the Los Angeles school district announced Monday that its students will start the term with online classes from home. Other California cities, including San Diego and Oakland, also say their campuses will stay closed.

“A 10-year-old student might have a 30-year-old teacher a 50-year-old bus driver or live with a 70-year-old grandmother. All need to be protected,” LA Superintendent Austin Beutner said. “There is a public health imperative to keep schools from becoming a petri dish.”

Besides masks, the CDC has recommended schools spread out desks, stagger schedules, have meals in classrooms instead of the cafeteria and add physical barriers between bathroom sinks.

Many small, rural communities argue they shouldn’t have to comply with the same rules as big cities, where infection rates are higher.

Craig Guensler, superintendent of a small district in California’s mostly rural Yuba County, says officials will try to follow state mandates. They have spent $25,000 on what he calls “spit guards, for lack of a better term” — clear Plexiglas dividers to separate desks — at Wheatland Unified School District’s four schools.

Eighty-five percent of parents said in a survey they want their kids in school full time. Officials will space out desks as much as possible but still expect up to 28 in each classroom, Guensler said. Many parents are adamant their children not wear masks, and he suspects they will find loopholes if California requires them.

“Our expectation is we’re going to get pummeled with pediatricians writing notes, saying, ‘My child can’t wear a mask,'” he said.