Myanmar man, cow killed as train smashes into their pickup in Thailand 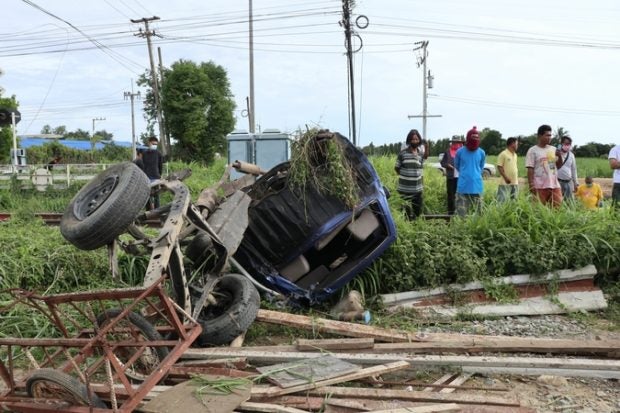 BANGKOK — A Myanmar national died as his pickup truck loaded with a cow was hit by a train in Ratchaburi’s Ban Pong district. The poor animal was also killed but another passenger had a narrow escape, surviving with injuries.

Ban Pong station police in Nong Kob subdistrict were alerted to the accident at an open train crossing in front of Nong Kop Temple yesterday (July 13). At the scene they found a Ratchaburi-registered blue Nissan pickup overturned and crumpled from being hit by south bound Express Train No 168, which runs from Bangkok to Kan Tang in Trang province. 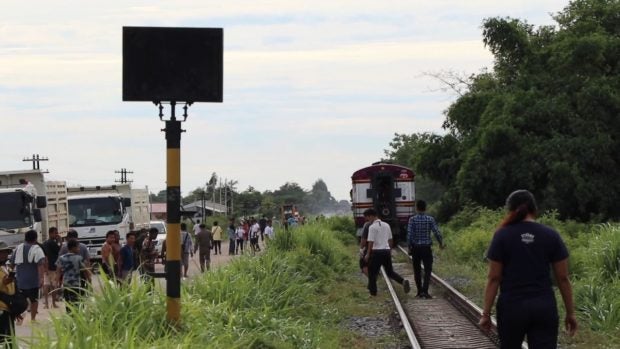 On the side of the road officials found the body of Min Min (last name withheld), aged 35 years, and passenger Sho (last name withheld), who had several injuries. He was rushed to Ban Pong hospital and is now stable. Both Myanmar nationals were thrown from their vehicle as it was hit by the train. About 100 meters from the crash site lay the dead cow, which was also thrown from the truck by the impact. 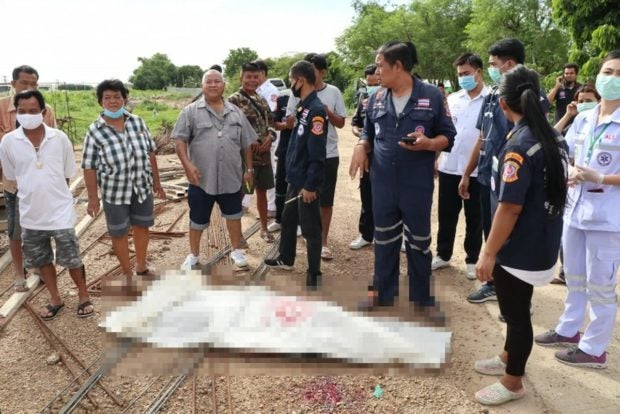 Sho reportedly told officials that he and Min Min work for a slaughter house in Nakhon Pathom province and were taking the cow from a farm back to Nakhon Pathom, before they were hit by the train as they passed the crossing.

The train, which also suffered damages, had to be removed from the track.

The route is now open as normal.

Officials are questioning witnesses to determine how the accident took place.