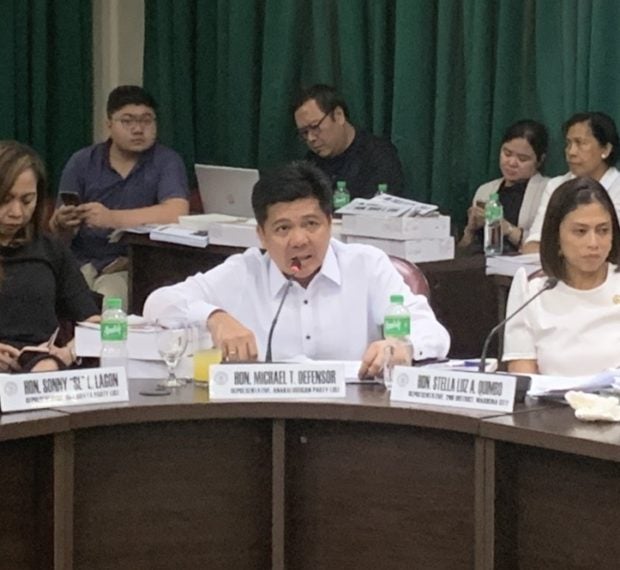 MANILA, Philippines — Broadcast giant ABS-CBN was not handed the death penalty, but rather only life imprisonment, when its bid for a 25-year franchise was denied in the House of Representatives, Anakalusugan Rep. Mike Defensor said Tuesday.

“To be clear about it, if they would want to speak that language, this was not a death penalty, this is life imprisonment. ABS-CBN lives, the corporation lives. But as to the franchise, there were violations that have been established,” Defensor, who was among those who voted against the franchise, said in an interview with ABS-CBN News Channel’s Headstart.

Several senators have hit the move to deny ABS-CBN in its bid for a franchise after an overwhelming 70 lawmakers voted to reject the network’s application in the House committee on legislative franchises, with only 11 legislators who voted in support of the network.

Over the weekend, Senate President Pro Tempore Ralph Recto said that ABS-CBN “does not deserve the death penalty,” saying that if the network had violations, it should just be penalized.

“ABS-CBN does not deserve the death penalty. If it erred, penalize it. Because if corporate misdeed is punishable with extinction, no business will be left standing in this land,” Recto said.

But Defensor insisted that ABS-CBN was only handed life imprisonment and that “there is time to reform.”

“ABS-CBN was not killed. They were given life imprisonment and there is time to reform during life imprisonment. That is part of the rehabilitation of a prisoner when they are put in jail,” Defensor said.

“So I hope that, yes, maybe, ABS-CBN can–outside of mass media–reform itself. Maybe it will not be ABS-CBN who would be applying but I would like to see the people who compose ABS-CBN to be back in broadcast media because you are a very good station and you have very, very talented people,” the lawmaker added.

Defensor maintained that the hearings conducted on ABS-CBN’s franchise showed violations that were reflected in the House committee’s technical working group’s report.

“It’s very clear, we have written it, the 40 pages of what we saw. I don’t know of any lawyer who would contest the established violations that were included in this report,” Defensor said.

“I do not necessarily feel strongly about the other findings, I have already told you about that. There are several findings that I find very strongly on the case of PDRs (Philippine Depositary Receipts), tax evasion, and labor, these are very key issues for me,” the lawmaker added.

The network has been off the air since early May after its television and radio operations nationwide were ordered shut following the expiration of its 25-year franchise, the renewal of which was pending in Congress at the time.