MANILA, Philippines — Multi-sectoral people’s alliance and party-list organization Sanlakas on Monday filed the 8th petition against Republic Act No.  11479 or the Anti-Terrorism Act of 2020 before the Supreme Court.

The group specifically asked the high court to strike down Section 4 of the law for violating the 1987 Constitution.

Section 4 of the anti-terror law declares “advocacy, protest, dissent, stoppage of work, industrial or mass action, and other similar exercises of civil and political rights as a crime of terrorism” when such is “intended to cause death or serious physical harm to a person, to endanger a person’s life, or to create a serious risk to public safety” and when its purpose “is to intimidate the general public or a segment thereof, create an atmosphere or spread a message of fear, to provoke or influence by intimidation the government or any international organization, or seriously destabilize or destroy the fundamental political, economic, or social structures of the country, or create a public emergency or seriously undermine public safety.”

The group said advocacy, protest, dissent, stoppage of work, industrial or mass action are forms of free speech and expression guaranteed under Section 1, Article II of the 1987 Constitution.

“The subject features of the crime of terrorism in this case (viz., intention and/or purpose) will be highly dependent on the perception of the situation or facts by the law enforcement agent or military personnel authorized in writing by the executive and all-powerful Anti-Terrorism Council (ATC),” the petition read.

“And the absence of standards leaves such a wide latitude of discretion to law enforcement to determine whether ‘advocacy, protest, dissent, stoppage of work, and industrial mass actions’ are intended to cause harm which the law seeks to abate,” it added.

The group has also asked the high court to issue a temporary restraining order (TRO) to immediately enjoin its implementation.

The petitioners include the group of lawyer Howard Calleja and former education secretary Armin Luistro, Rep. Edcel C. Lagman; the group of Law Dean Mel Sta. Maria and several professors of the Far Eastern University (FEU);  the Makabayan bloc in the House of Representatives led by Bayan Muna Rep. Carlos Isagani Zarate; former head of the Office of the Government Corporate Counsel Rudolph Philip B. Jurado; the group of former members of the 1986 Constitutional Commission Christian S. Monsod and Felicitas A. Aquino and their group from the Ateneo Human Rights Center; and the Center for Trade Union and Human Rights (CTUHR) and the Pro-Labor Legal Assistance Center (PLACE).

The first four petitions have already been consolidated and required the executive and legislative departments to comment on the petitions. 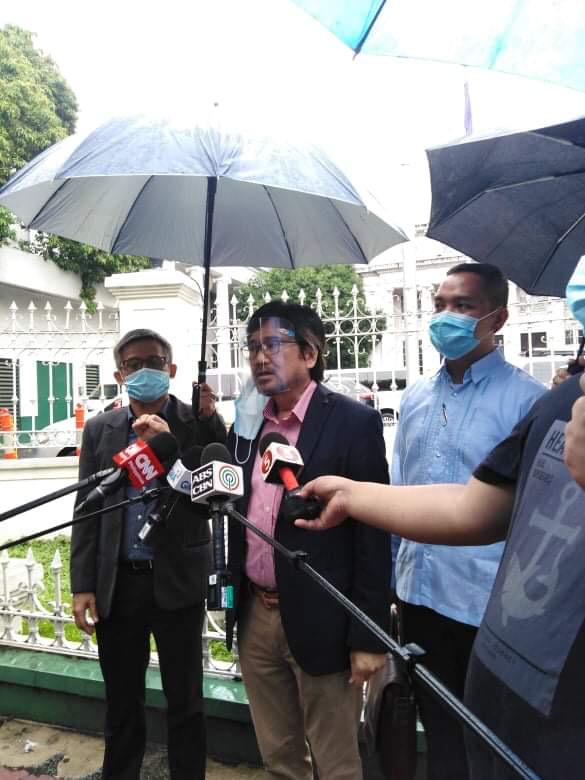