MANILA, Philippines — The owners of ABS-CBN are to blame for the network’s shut down and not the government, Speaker Allan Peter Cayetano said Monday, several days after the House of Representatives’ panel on legislative franchises denied the network another 25-year franchise. 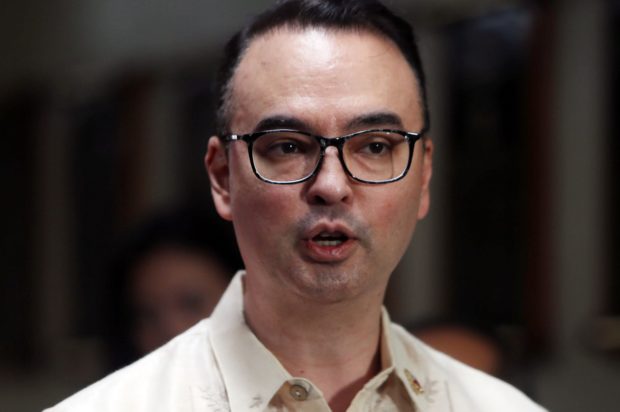 “It wasn’t the government who shut ABS-CBN down, rather it was their owners’ playing fast and loose with our laws in the past decades, that made the shutdown inevitable,” he said in a Facebook post.

He also assured the public, especially those “pushing the freedom of the press card,” that Congress is not repressing anyone’s freedom to criticize the government.

“We simply put an end to the privilege of one family in using a public resource to protect and promote their private interests,” he added.

Cayetano said he stands by the decision of the panel to reject ABS-CBN’s bid for another franchise, reasoning that “private interests should be kept at the same arms-length distance as the government from controlling the media.”

“Ultimately, people will come to understand that this was never an issue about press freedom,” Cayetano said.

“That despite the best efforts of the owner’s to use it as a shield for their abusive corporate practices, Filipinos will see that this is – first and foremost – simply part of this season’s uprooting of the weeds and a reclaiming our patrimony from the oligarchs,” he added.

Only 11 lawmakers voted against the report, while two inhibited and one abstained.

“As the committee members have voted to deny the franchise application, the House Leadership asks that the people read the findings carefully in order to appreciate the reasons for their decision,” Cayetano said in a Facebook post.

“And for those who do not agree, at the least, understand why the decision had to be so,” he added.