KUALA LUMPUR — It has been three years since Susanna Liew last saw her husband — she and their three children still have no idea if he’s dead or alive. 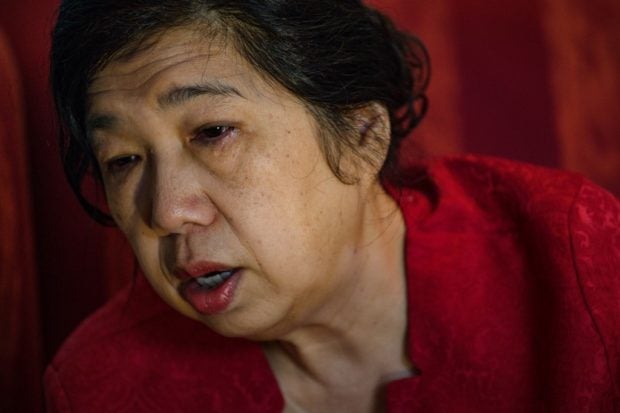 But she won’t give up the fight to find him.

Dragged from his car by masked men and kidnapped in broad daylight outside Malaysia’s capital, there has been no trace of Christian pastor Raymond Koh since 2017.

“I have this quest to find the truth and to at least have some closure for me and my family,” says the 63-year-old.

It is one of a series of disappearances of religious minorities in the mostly Muslim country, which have fuelled fears a traditionally tolerant form of Islam is being eroded as hardliners gain influence.

Police insist the case has been thoroughly probed: one man has been charged, accused of extortion and kidnapping, though his trial, which began in 2018, is still ongoing and the alleged accomplices remain at large.

However, a public inquiry concluded that “agents of the state” likely snatched Koh.

Liew has risked her personal safety to speak out and keep the disappearance of her husband and others in the public eye.

Her efforts were recently recognized with an award from the US government for courage, but that has brought her no closer to getting answers.

Shedding tears, the devout Christian explains: “It’s very difficult because we are frozen in grief.”

Koh, then 63, was abducted in February, 2017 as he drove through the middle-class neighbourhood outside Kuala Lumpur where he lived.

Liew says CCTV footage of the incident is shocking.

“It showed three big, black SUVs, they did this maneuver, they blocked him behind and at the side,” she recalls.

“Someone came and smashed the car window and pulled him out, and put him in the other vehicle and someone else went into his car, and they all drove off. It was only about 40 seconds.”

The brazen kidnap shocked multi-ethnic Malaysia, which is home to a large Christian minority, and triggered a series of candlelight vigils across the country.

Calls mounted for action as suspicions grew the abduction was linked to his religious activities — Koh previously had a run-in with Islamic authorities and an NGO he co-founded was accused of seeking to convert Muslims — but official probes have moved slowly.

The Human Rights Commission of Malaysia, which is government-backed but independent, held inquiries into the disappearances of Koh and three other members of religious minorities.

The others were Shiite Muslim activist Amri Che Mat and Christian pastor Joshua Hilmy and his wife Ruth. All four vanished over a period of several months from late 2016 to early 2017.

The country of 32 million is about 60 percent ethnic Malay Muslim, and most live harmoniously with other ethnic and religious groups, but critics say creeping conservatism has led to greater discrimination against minorities.

Last year, the commission concluded that Koh and Amri — a follower of Shiite Islam, considered deviant by many in Sunni-majority Malaysia — were likely abducted by police’s Special Branch.

This is an intelligence unit which gathers information about security threats. Critics have in the past claimed police are working with religious authorities to target individuals accused of anti-Islamic activities.

Witnesses said both were kidnapped in a similar fashion, and had been suspected of activities against Islam. The commission has not finished its inquiry into the Hilmys’ disappearances.

“I think these happened because there is a growing trend of radicalism,” said Liew, adding the body’s findings fitted with her own suspicions.

“Our concern is that the religious teachers and students are being sent to the Middle East to be trained, and they come back with these conservative views, extreme views.”

But Khalid Abu Bakar, who was the country’s police chief when the disappearances took place, accused the rights body of making a “wild accusation,” suggesting the testimony it relied on would likely be inadmissible in court, the New Straits Times newspaper reported.

A ride-hailing driver was arrested and charged in 2018, suspected of kidnapping Koh and attempting to extort his son, but the trial is yet to conclude.

The commission has only an advisory role to government but, following its findings, authorities set up a task force last year to investigate Koh and Amri’s cases. This team has requested more time to complete a report.

Police did not respond to AFP’s request for comment.

Liew has done everything she can to keep attention on the cases, frequently calling on authorities to do more, and in February her family filed a civil suit against the government.

In March, she received a International Women of Courage Award from the US State Department for fighting on behalf of religious minorities.

“It meant a lot to me, because it shows me that the US is serious about religious freedom,” said Liew.

Despite the passage of time, she has not given up on finding her husband alive

“We do not know where he is, what condition he’s in, and whether he is dead or alive,” she said.

“But I have hope, because I have faith.”