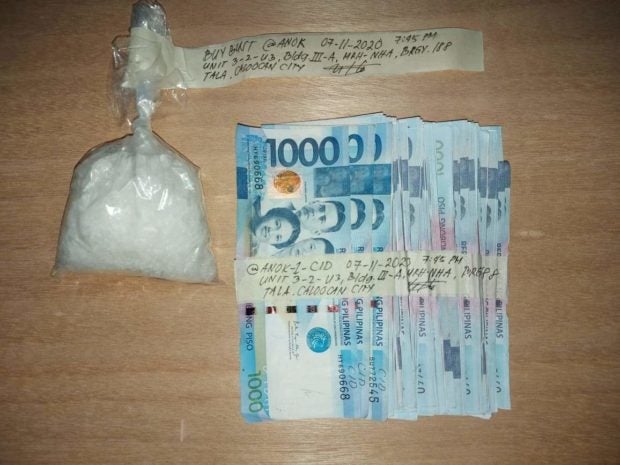 Members of the Caloocan Drug Enforcement Unit conducted the bust at a house in Barangay 188, Tala at 7:45 p.m.

They immediately arrested the suspects after they sold over P90,000 worth of shabu to an undercover officer.

The officers recovered the marked money used for buying the meth and  1 kilogram of shabu with an estimated value of P6.8 million and a digital weighing scale.