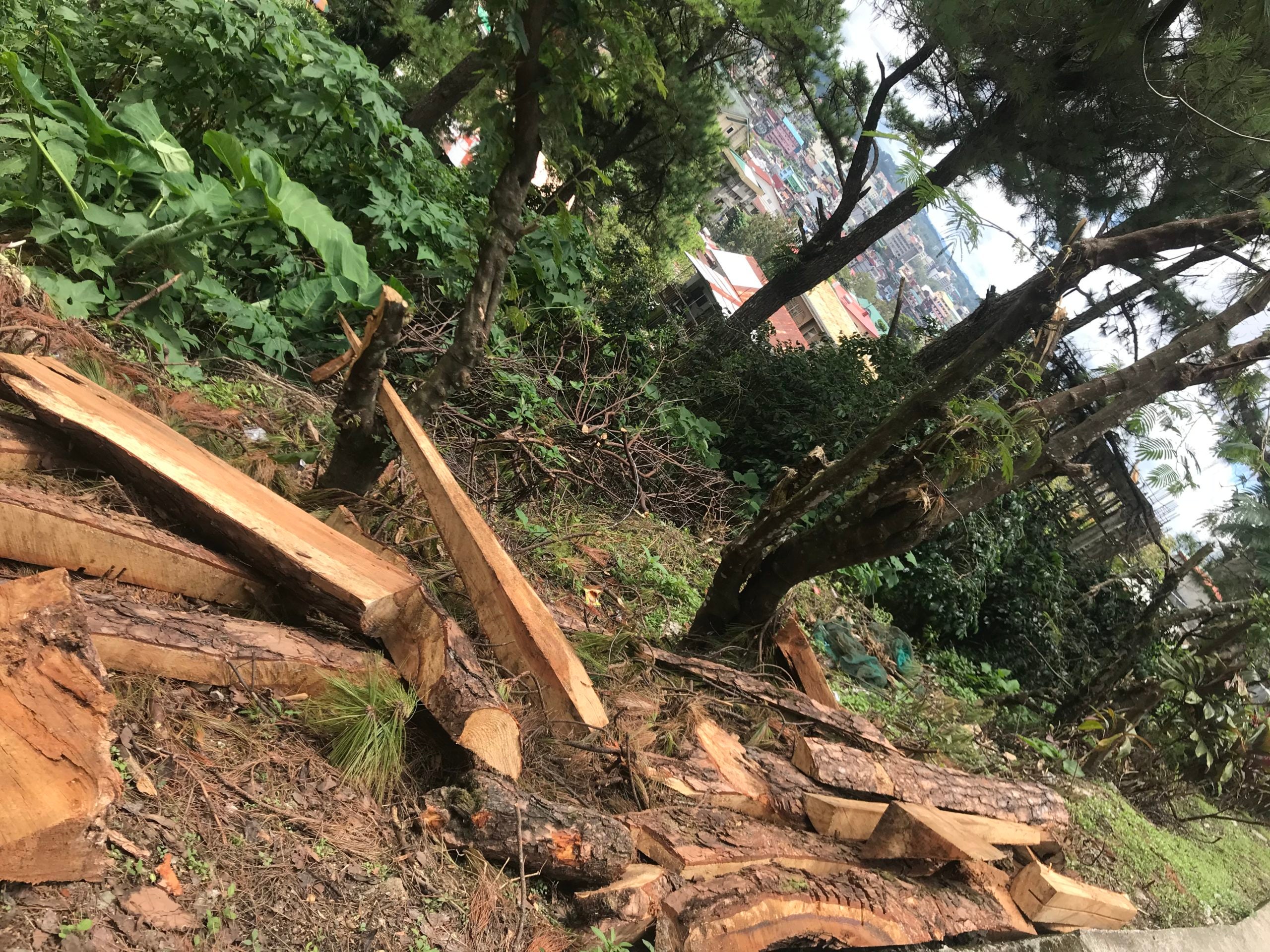 GREEN LIBING. The coronavirus disease has helped revitalize Baguio’s green zones due to rules that forced people to stay indoors for months. But now that the quarantine has impacted the economy, some residents have returned to cook using fire wood gathered from wooded areas in order to stretch their household Resources. VINCENT CABREZA INQ

BAGUIO CITY–The city government has the power to impose a moratorium on tree-cutting activities, especially when pine trees are displaced by building constructions, according to a Department of Environment and Natural Resources (DENR) official.

Ralph Pablo, DENR director in Cordillera, on Monday said an ordinance could suspend these activities for a year as Mayor Benjamin Magalong had proposed to Malacañang so he could undertake Baguio’s redevelopment.

Pablo was invited to the city council on Monday to shed light on tree cutting permits his office issued in June which drew flak from local officials and residents.

He said some of the new permits were issued to private landowners whose projects were suspended by the Luzon lockdown.

But cutting trees, even within private lands, interferes with a regreening project which Baguio intends to pursue now that some quarantine restrictions have eased in a transition to a “new normal,” Magalong said.

Last year, he asked Malacañang to grant Baguio a one-year moratorium on tree cutting and building constructions. But the DENR suggested that the city itself may enact the moratorium through an ordinance which national agencies would heed, Pablo said.

The ordinance on the moratorium would allow the government to review its land use laws, given a pattern of development projects moving into residential zones where Baguio’s remaining forests are located, lawyer Rhenan Diwas, the city environment officer, told the council.

The moratorium would allow Magalong to study a provision in the Baguio environment code regarding safeguarded lands or areas with a significant environmental impact that the government must preserve, Diwas said.

“We cannot protect pine trees inside private properties unless the city exercises its power of eminent domain to buy back safeguarded properties,” Diwas said.

An inventory ordered by Environment Secretary Roy Cimatu last year placed the total number of trees in the summer capital at 2.5 million. Less than 500,000 of these trees are Benguet pine.

Diwas said the city’s forest and green cover had been reduced to about a quarter of Baguio’s 5,750-hectare territory due to urban expansion.

In June, a condominium developer was allowed to cut 30 of 54 trees standing in the way of its building project. The developer applied for the permit to cut trees in 2018 but was told to suspend further cutting until the council resolves the issue.

DENR granted another developer a permit to cut more than 70 trees in its project site, Pablo said.

The agency also allowed the Philippine Military Academy to cut 53 trees from a tree plantation raised by cadets so it could put up a parking building, he said.

Road projects undertaken by the Department of Public Works and Highways were also given the go-signal to clear obstructions, including trees, Pablo said.