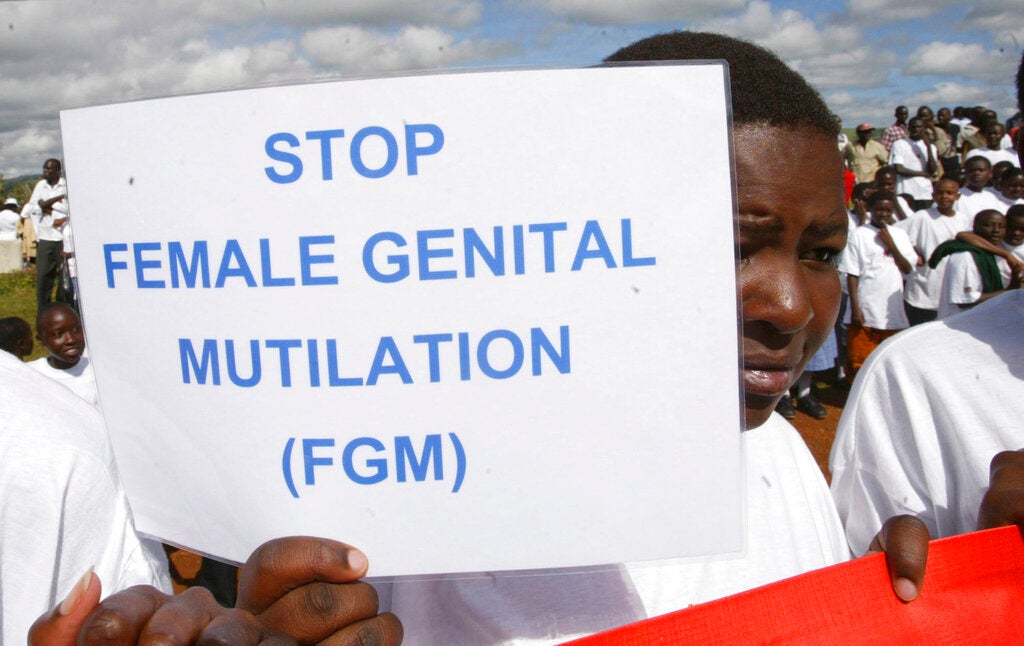 The Sovereign Council passed a set of sweeping amendments to the country’s criminal code late Thursday, including one that criminalized the deep-rooted practice. The draft law had been approved by the transitional government that came to power last year following the ouster of longtime autocrat Omar al-Bashir.

A U.N.-backed survey in 2014 estimated 87% of Sudanese women and girls between the ages of 15 and 49 have been subjected to the procedure. Most undergo an extreme form known as infibulation, which involves the removal and repositioning of the labia to narrow the vaginal opening.

Anyone found guilty of performing the procedure will be sentenced to up to three years in prison, according to a copy of the new law obtained by The Associated Press.

Female genital mutilation “degrades the dignity of women,” the justice ministry declared in its statement.

Prime Minister Abdalla Hamdok hailed the decision as “an important step in reforming the justice system.”

The ratification achieved a decades-long goal of women’s rights advocates and represented a win for the country’s technocratic leaders, who have been struggling to push democratic changes and roll back al-Bashir’s legacy despite the persistent power of army generals in Sudan.

Under Hamdok, women have been appointed to four government ministries. Last fall, authorities overturned unpopular Islamist laws passed under al-Bashir that dictated women’s dress and criminalized drinking alcohol. Another amendment adopted Thursday allows Sudanese mothers to travel with their children outside the country without permission from their spouses.

During al-Bashir’s rule some Sudanese clerics said forms of female genital mutilation, or FGM, were religiously allowed, arguing that the only debate was over whether it was required or not.

While many were elated by the law’s long-awaited passing, rights groups warned that the practice remains deeply entrenched in the region’s conservative society and that enforcement poses a steep challenge. In neighboring Egypt, for example, where genital cutting was banned in 2008 and elevated to a felony in 2016, a government survey still found that nearly nine of every 10 Egyptian women had undergone the procedure.

Other veteran activists questioned the timing of the ratification, saying the coronavirus pandemic puts them at a disadvantage since they cannot mobilize awareness campaigns or police training in a country under lockdown.

“Currently there are fuel shortages and long daily power cuts as well as rising infections of COVID-19,” said Nahid Toubia, a leading Sudanese women’s health rights activist specializing in FGM. “Communication and people’s mobility are severely hampered. These are not the conditions where advocacy for legislating against FGM is a priority or even possible.”

Still the move, both symbolic and consequential, stirred hopes for stronger protection of personal liberties as Sudan moves toward democratic elections scheduled for 2022.

“Legal reviews and amendments will continue,” Hamdok pledged, “until we address all distortions in the legal systems in Sudan.”