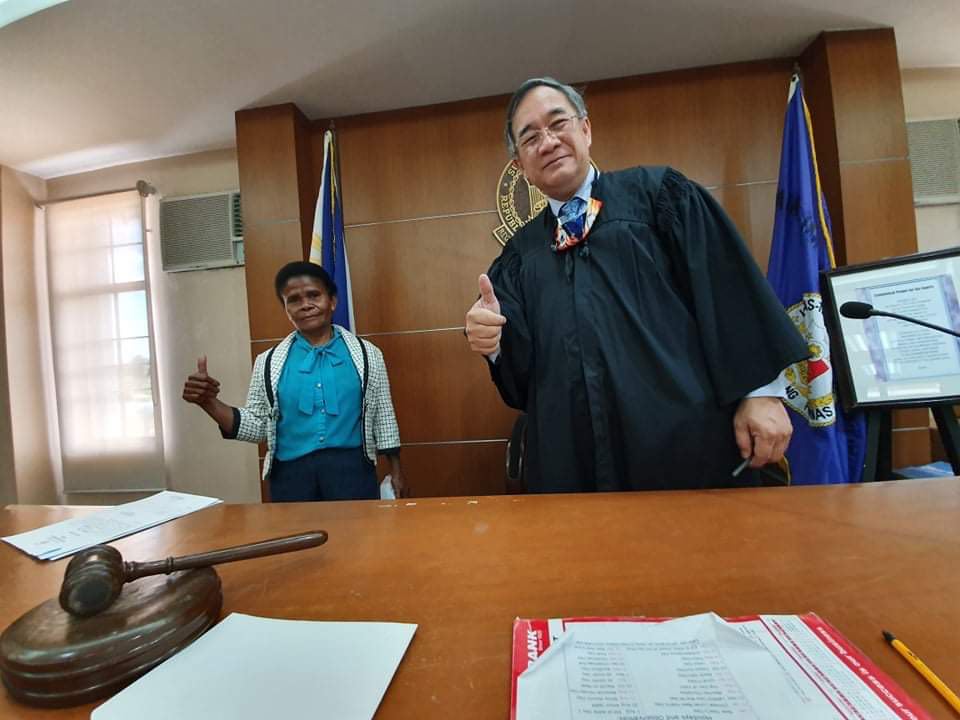 Merlina Cosme, 49, is the first Aeta who approved by the Supreme Court for a permanent job at the Angeles City Regional Trial Court, according to RTC Executive Judge Omar Viola. PHOTO FROM ALMYRA YAP

ANGELES CITY—Merlina Cosme has become a familiar figure at the library of the Angeles City Regional Trial Court (RTC) here since June 19.

According to her, lawyers who find time to read newspapers or look for law books do not show surprise when this small, curly and smiling Aeta lend them a hand.

Cosme, 49, is the first Aeta who was approved by the Supreme Court for a permanent job at the Angeles City RTC, according to the court’s executive judge, Omar Viola, in an interview on Friday (July 10).

In the plantilla, her position is Utility Worker 1 in the judicial library. In real life, she cleans the place, covers and marks books, arranges and maintains these, court librarian Almyra Yap said.

Yap recalled rooting for Cosme because during the eight years she worked as a cleaner for the court through an agency, she has proven herself to be honest by returning in several instances cash-filled wallets and other valuable items lost or left.

“She managed to finish only elementary studies but her character is trustworthy. She is also capable of clerical tasks,” Yap said. “She can read and write and she needs to be more confident.” 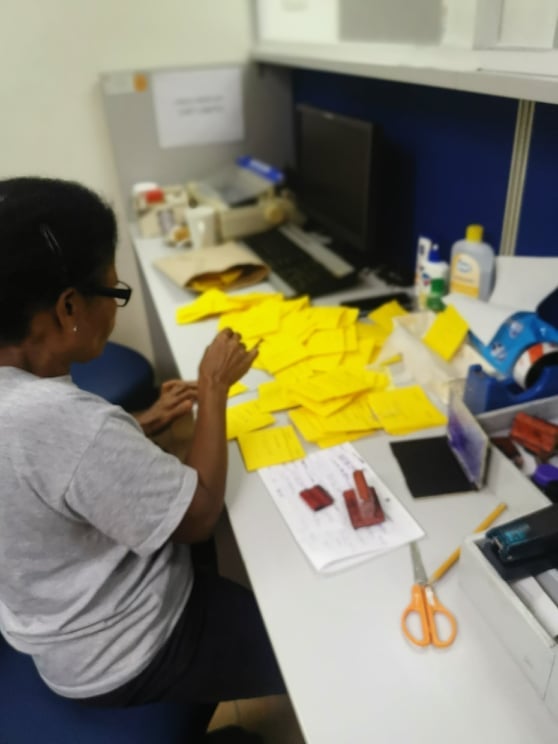 Merlina Cosme, 49, was hired as Utility Worker 1 in the judicial library of the Angeles City Regional Trial Court. PHOTO FROM ALMYRA YAP

Viola took Yap’s words but recommended Cosme “not out of pity.”

“I wanted the Aeta to have representation. They have to be recognized for their good character and skills,” said Viola who hails from San Miguel town in Bulacan. He oversees 13 courts.

Working in Angeles since 1997, Viola has found friends among the Aetas of Pampanga.  Many of them live in the low planks of Mt Pinatubo in Floridablanca, Porac, Angeles City and Mabalacat City.

Originally from the uphill village of Villar in Botolan, Zambales, Cosme transferred to Marcos Village in Mabalacat months after the volcano erupted. She was 19 then.

Her salary now supports her 90-year-old mother and the education of her adopted son.

“Indigenous peoples have a right to improve their lives as long as they work hard,” she told the INQUIRER in a video interview.