KUALA LUMPUR — Malaysian police Friday called in a group of Australian journalists from Al Jazeera for questioning over a documentary about the arrest of migrants, as the broadcaster expressed shock at the investigation. 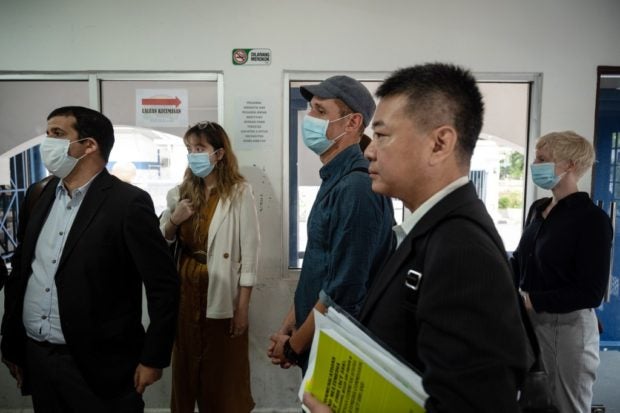 The probe into the Qatar-based network’s program has added to concerns about a widening media crackdown in Malaysia since a coalition headed by a scandal-plagued party took power in March.

In addition to the Al Jazeera case, the head of a leading news portal has been accused of contempt of court while a health news site’s editor is being probed over an article.

The Al Jazeera documentary, “Locked Up in Malaysia’s Lockdown,” looked at the detention of hundreds of migrants found without valid documents in areas under strict coronavirus lockdowns.

But the government denounced it as misleading and inaccurate, and police are now investigating the broadcaster for alleged sedition and defamation.

On Friday, several Australian journalists involved in making the show for “101 East,” which features in-depth investigations, were summoned for questioning at the national police headquarters in Kuala Lumpur.

The journalists — including a reporter, an executive producer, a producer and a cameraman — were accompanied by their lawyers as they arrived at the station, where a media scrum was waiting.

Lawyer Hisyam Teh Poh Teik told reporters that the journalists “refute all the charges.”

“There was no intent by Al Jazeera to create any mischief,” he said.

Ahead of the questioning, Al Jazeera said it was “shocked” by Malaysia’s response to the documentary, broadcast on July 3, and it stood by the “professionalism, quality and impartiality of its journalism.”

“Al Jazeera is deeply concerned that its staff are now subject to a police investigation,” it said.

“Charging journalists for doing their jobs is not the action of a democracy that values free speech. Journalism is not a crime.”

Al Jazeera’s English-language channel has its Asian base in Kuala Lumpur.

The show sparked a backlash online, and the defense minister demanded an apology from the broadcaster, claiming the documentary was inaccurate.

Authorities said the arrests in May of undocumented migrants was necessary to protect the public, although rights groups raised concern that placing them in detention centers could increase the risk of coronavirus infection.

Malaysia is home to large numbers of migrants from poorer countries — including Indonesia, Bangladesh and Myanmar — who work in industries ranging from manufacturing to agriculture.