Overcast skies, rain likely in parts of Mindanao due to ITCZ 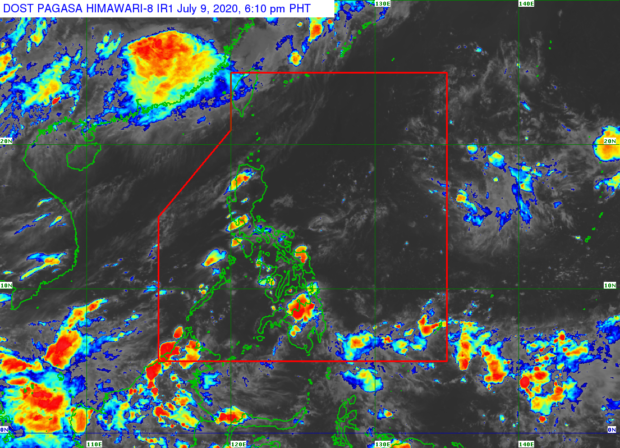 MANILA, Philippines — Provinces in the southern and eastern portions of Mindanao may experience cloudy skies with occasional rains in the next 24 hours due to the intertropical convergence zone (ITCZ), the state weather bureau said late afternoon Thursday.

According to the 5:00 p.m. weather update of the Philippine Atmospheric, Geophysical and Astronomical Services Administration (Pagasa), towns in the Caraga, Davao region, and Soccsksargen will see effects of the prevailing ITCZ.

Meanwhile, the rest of the country will have generally fair weather, except for isolated thunderstorms which can cause sudden rain showers and lightning strikes, especially by Friday afternoon and night, according to Pagasa.

(ITCZ is currently the weather system affecting the country, especially there in Southern Mindanao.  So, this is the convergence of two different wind patterns from the northern hemisphere and the southern hemisphere.)

(That’s why residents of Caraga, Davao Region, and Soccskargen should expect cloudy skies with scattered rain showers and thunderstorms.  The remaining parts of the country can expect generally fair weather aside from occasional rains.)

No gale warning has been raised in any part of the country,