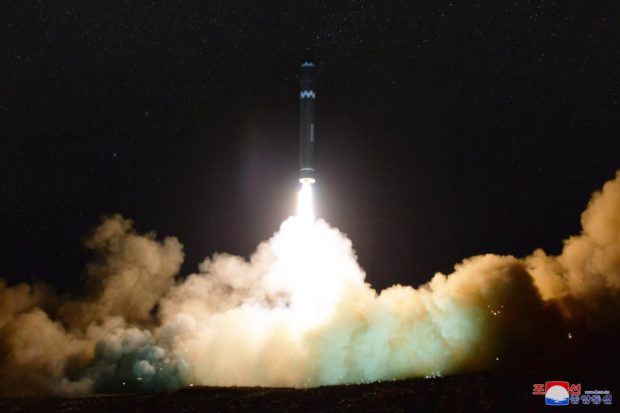 The images, captured by Planet Labs and analyzed by experts at the Middlebury Institute of International Studies, show an active facility in the village of Wollo-ri near Pyongyang, the report said.

“It has all the signatures of a North Korean nuclear facility — security perimeter, on-site housing, monuments to unpublicized leadership visits, and an underground facility. And it sits right next to a bottled water factory that has none of those characteristics,” Jeffrey Lewis, a professor at the institute, was quoted as saying.

“The big thing that sticks out is all the vehicle traffic — cars, trucks, shipping containers. This factory is very active. That activity has not slowed down — not during negotiations and not now. It’s still making nuclear weapons,” he told CNN.

Nuclear negotiations between Washington and Pyongyang have stalled, with the two sides wide apart on the scope of North Korea’s denuclearization and sanctions relief from the US.

CNN said the facility was identified in 2015 by researchers at the James Martin Center for Nonproliferation Studies, but Lewis and his fellow researchers chose not to publicize it because they could not determine its role in North Korea’s nuclear program.

With the site’s name and function being published in an upcoming book by North Korea expert Ankit Panda, Lewis and his colleagues decided to disclose the location and other details in their own forthcoming report, CNN said.

“We’d been looking at this site for a long time and knew it was associated with the nuclear program. When Ankit Panda asked me if we knew about a site near someplace called Wollo-ri that was involved in making nuclear weapons, it all clicked,” Lewis was quoted as saying.

Panda writes in his book, “Kim Jong Un and the Bomb,” that the facility is believed to be primarily associated with building warheads and could also serve as a storage location for those weapons should North Korean leader Kim Jong-un need to disperse his stockpile “for better responsiveness in a crisis,” according to CNN. Yonhap