Meet Buckwheat, the donkey you can hire to crash Zoom meetings 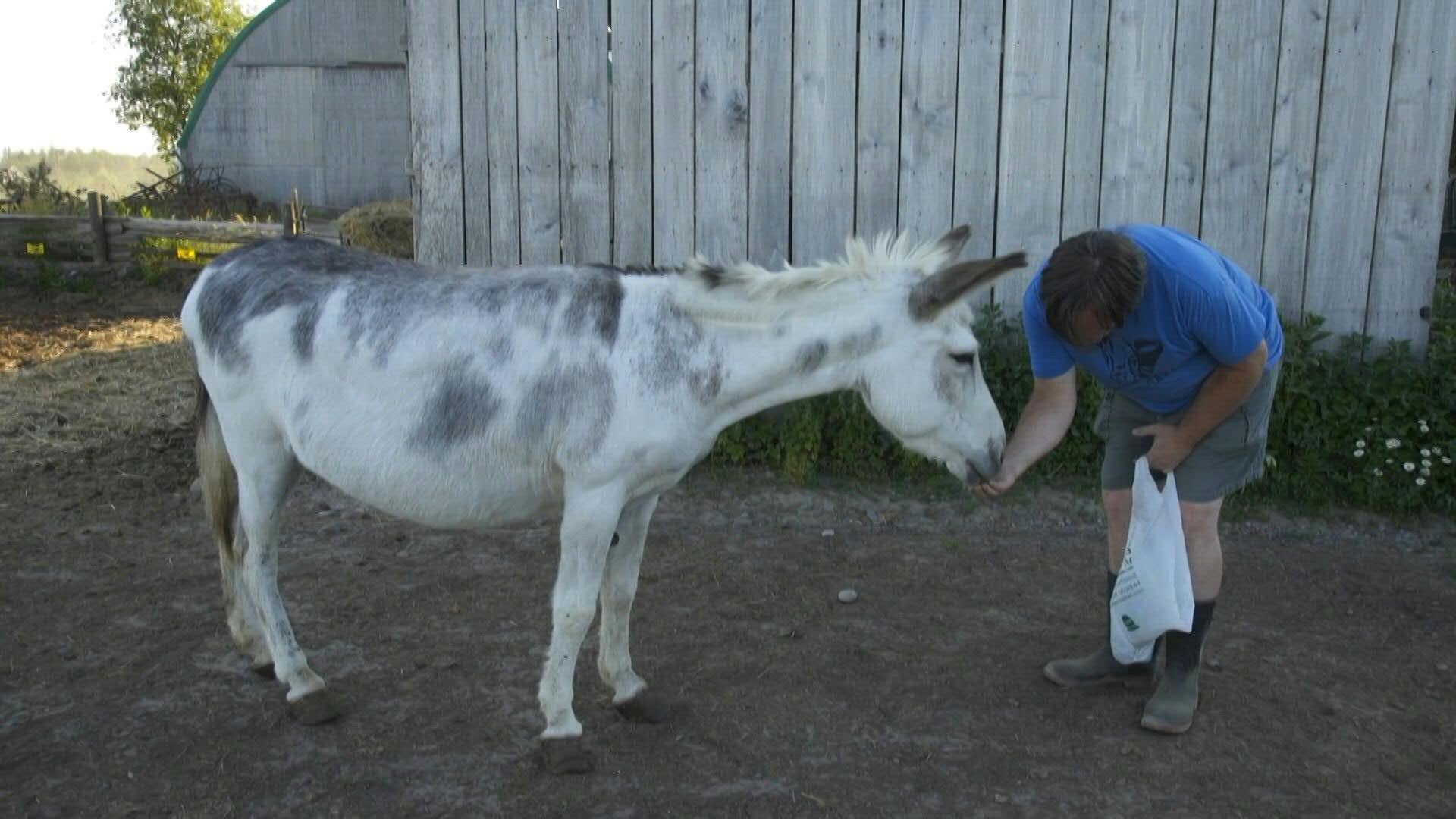 Next time you’re on a video call, Buckwheat the donkey might show up on the screen from her home at “Farmhouse Garden Animal Home,” an animal sanctuary in Canada. “Buckwheat is crashing people’s meetings in order to make some money,” says Tim Fors, a volunteer at the sanctuary. “They donate to the sanctuary when they want her to crash a meeting. And so it’s mostly a fundraiser so we can feed the cows, especially during COVID.” /AFP

UXBRIDGE, Canada — The coronavirus pandemic has led millions of people to embrace meetings via Zoom, but admittedly, those can be as tedious as in-person conferences.

So one animal sanctuary in Canada, in dire need of cash after being forced to close to visitors, found a way to solve both problems.

Meet Buckwheat, a donkey at the Farmhouse Garden Animal Home, who is ready to inject some fun into your humdrum work-from-home office day — for a price.

In the video application’s signature window panes, the call attendees offer some oohs and aahs as they realize what’s happening — and then erupt in laughter.

“They donate to the sanctuary when they want her to crash a meeting, so it’s mostly a fundraiser so we can feed the cows, especially during COVID.”

The Farmhouse Garden Animal home in Uxbridge, about an hour’s drive northeast of Toronto, used to rely on visitor donations and paid on-site activities to make ends meet.

But since the pandemic erupted in mid-March, the former cattle ranch can no longer welcome outsiders, putting a serious dent in its finances.

“About four years ago, Mike Lanigan, who is the farmer here — he is a third-generation cattle farmer — he had a change of heart and decided not to send his cows to slaughter anymore,” Fors explains.

The animal sanctuary was born: it’s now home to about 20 cows, chickens, ducks, a horse, and Buckwheat, the female donkey born 12 years ago.

With the pandemic threatening the sanctuary’s survival, its leaders quickly realized they needed to identify other ways to bring in money.

They themselves were using Zoom calls for work — and thus was born the idea of having animals sit in on people’s work calls to lighten the mood.

On the sanctuary’s website, interested parties can fill out a form to hire Buckwheat, Melody the horse or Victoria, whom Fors calls the “matriarch of the herd.”

“We are always happy when the people on the meeting are surprised,” says Fors.

“We started about the end of April, and I think we done about 100 meetings and sometimes we are crashing meetings three or four times a day.”

On one call, Fors tells attendees that he hopes they will visit the sanctuary once lockdown measures are lifted.

“Definitely,” one of them says.

Read Next
Japan rescuers battle to reach thousands trapped by floods
EDITORS' PICK
Malls adjust ‘NCR Plus’ operating hours for April 12-30 MECQ
Speed up your game with the new vivo Y20s [G]
Pru Life UK receives four golden arrows for solid corporate governance
Metro Manila to have shortened curfew hours from 8 p.m. to 5 a.m. under MECQ
Pre-order the new vivo Y20s [G] to get a free TWS earphone
‘NCR Plus’ to be under MECQ starting April 12 until April 30 — Palace
MOST READ
Stop ‘creeping occupation’ of ‘militia’ boats in WPS, Pacquiao asks China
Bea Alonzo clarifies status of her relationship with Dominic Roque
Convicted former aide of Sen. Bong Revilla dies — BuCor
Locsin to China: ‘Then move out’
Don't miss out on the latest news and information.