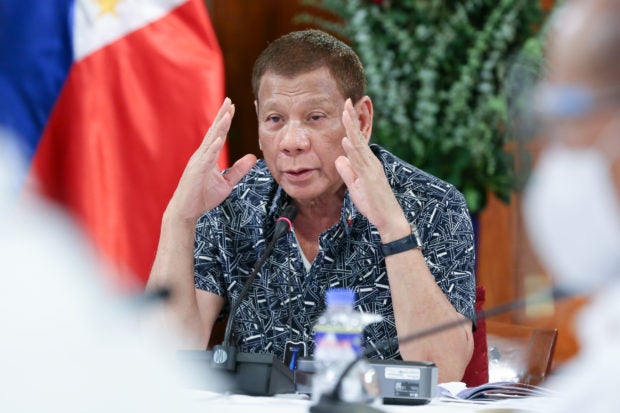 MANILA, Philippines – The lawyer who wants access to the health records of President Rodrigo Duterte failed to establish that he is entitled to it, the Supreme Court said in a resolution made public Wednesday.

A mandamus is a judicial remedy compelling any government office, subordinate court, corporation, or public authority to perform a ministerial act which it neglected to do so.

He said he has decided to take the case to the Supreme Court after his Freedom of Information (FOI) Request for access to the President’s health records has been denied.

De Leon’s petition was denied by the Supreme Court last May, as confirmed by its Public Information Chief and Spokesperson Atty. Brian Keith Hosaka. The resolution, however, was released only Wednesday.

“The outright dismissal of the petition is proper since, on its face, the petition failed to set forth his material allegations to establish a prima facie case for a mandamus,” the Supreme Court said.

It noted that the serious illnesses purportedly suffered by the President were all lifted from online news articles.

“Worse, these news articles are, as the Court has consistently ruled, characterized as ‘hearsay evidence,’ twice removed, and are thus without any probative value, unless offered for a purpose other than proving the truth of the matter asserted,” said the Court.

The high court also emphasized that in recent months, the President has been visible holding regular cabinet meetings as well as the regular televised addressed about the government’s fight against COVID-19.

These events, according to the Supreme Court, are proof “that the President has been actively performing his official duties.” [ac]