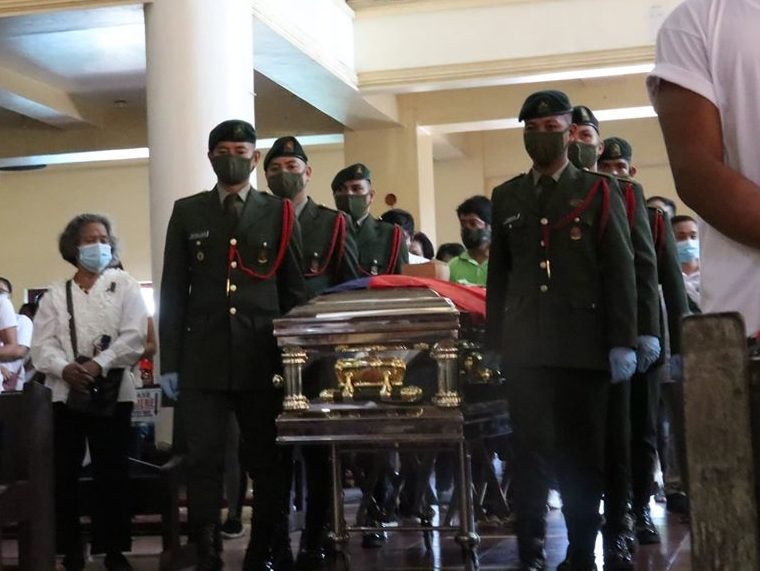 Army Maj. Marvin Indammog is buried in his hometown in Kalinga province on Wednesday. He and three other intelligence officers of the Army were killed by policemen in Jolo, Solu on June 29 in what military officials described as “murder” and “rubout”. (Photos courtesy of Tabuk City government)

TABUK CITY- “The dead cannot cry for justice. It is the duty of the living to do so for them.”

This was the message written on one of the signs carried by relatives of slain Army Maj. Marvin Indammog when he was buried here on Wednesday (July 8).

Indammog, the commanding officer of the Army’s 9th Intelligence Service Unit in Sulu province, and his three fellow intelligence officers were shot dead by policemen in Jolo, the Sulu capital, on June 29.

The 39-year-old soldier was a member of the Philippine Military Academy’s Mandala Class of 2006.

Indammog’s family and friends marched from St. William’s Cathedral to the Kalinga Cemetery during the funeral.

“This is heart breaking. Justice can only ease the pain for a grieving family,” said Nancy Oggang Aowat, a relative of Indammog. 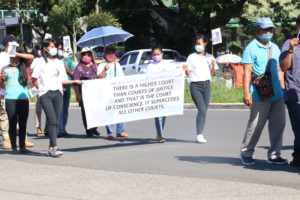 Another banner carried the message: “There is a higher court than courts of justice and that is the court of conscience. It supersedes all other courts.”

Army officials said the four soldiers were tracking two suspected foreign suicide bombers believed to be connected with the Abu Sayyaf, a homegrown terror group which maintains a base in Sulu, when they were shot dead.

The Army chief, Lt. Gen. Gilbert Gapay, had described the killing of the soldiers as murder, demanding that heads roll in the Sulu provincial police force.

President Rodrigo Duterte had appealed to the Army to stay calm as initial findings showed there was no gunfight between the group of soldiers and policemen who stopped the intelligence officers at a checkpoint in Jolo.

Boycotting ‘Mulan’? Here’s what to watch instead