Bato on anti-terror law: ‘Why fear about possible abuse’ 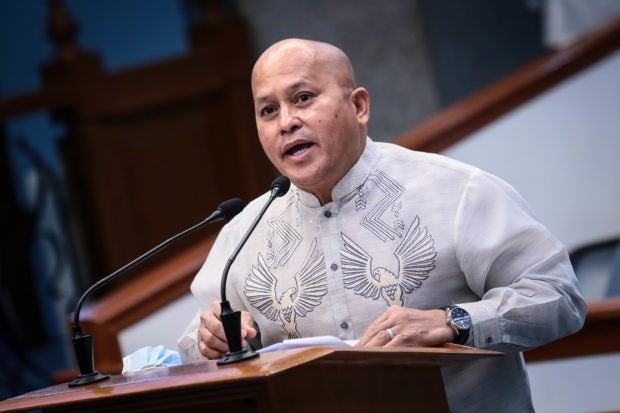 MANILA, Philippines — “Why fear about the possible abuse?”

He even dared critics to cite at least one example of abuse by law enforcers when the old  Human Security Act of 2007 was  being enforced.

“After 15 years, can you cite to me an example na inabuso ng kapulisan at kasundaluhan yung (that the police and military abused the) Human Security Act? Hindi, so why fear?  Why fear about the possible abuse?” dela Rosa said in an interview over ABS-CBN News Channel’s Headstart.

(The police and the military are also afraid to lose their job because there are safeguards here in this law. Stricter safeguards  have been provided here now)

The senator urged the public to believe the intent of the law based on the explanation of the authors of the law, instead  of listening to false interpretations of some people.

And to critics of the  law, Dela  Rosa had this to say, be “positive” or you  will always  have apprehensions if you always see the negative side.

He also reiterated that the new anti-terror law clearly states that the definition of terrorism does not cover advocacy, dissent, protest, work stoppage, and other similar exercise of civil and political rights.

(So if you dissent or protest,  you will now be considered a terrorist?  The law is clear that that is not covered.)