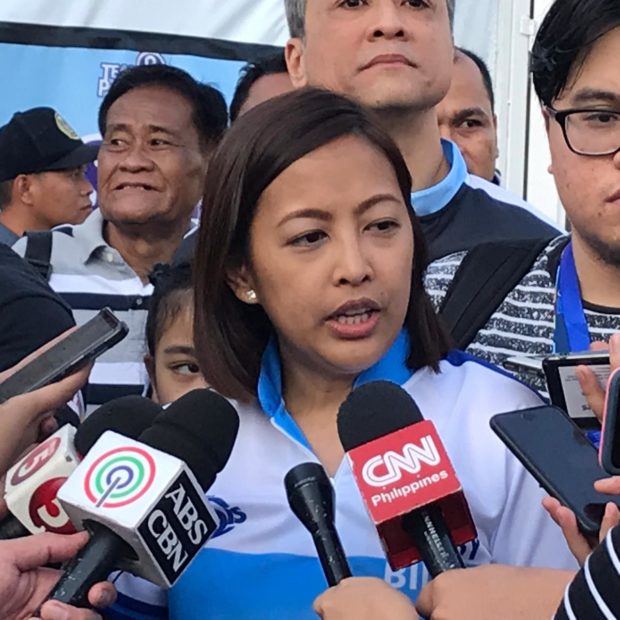 MANILA, Philippines — Consumption of alcoholic drinks outside of the residence is now prohibited in Makati City following an incident in the city where more than 100 bar customers were arrested for alleged violation of quarantine protocols, the city government said Tuesday.

“We recently passed an ordinance last Friday. We are prohibiting the consumption of alcohol outside of a residence. Why? Because of an unfortunate incident at Skye Bar,” Makati Mayor Abby Binay said in an online GoNegosyo Forum.

“We don’t want people to be complacent by partying, so we passed that ordinance. We are still limiting certain services for certain businesses,” she added.

Makati City Council Ordinance No. 2020-152 banned the drinking of liquor of any person outside of the residence or other public places in the city.

It also prohibited the consumption of alcoholic beverages within premises of establishments selling intoxicating beverages.

The ordinance also states that the person-in-charge of the establishment may also be liable if they allowed the drinking of alcoholic drinks in their business.

Violators will face a penalty of P5,000 fine for the first offense, P5,000 fine or imprisonment not exceeding one month for the second offense, and P5,000 or detention of not more than one year for the third and succeeding offenses.

In a separate statement, the Makati government’s media team said the ordinance will be effective on July 14, Tuesday.

To recall, 113 individuals including TV personality KC Montero and his wife were arrested after drinking at Skye Bar. They were released after the prosecutor’s office dismissed the cases filed against them by the Makati police.

It can be recalled that Makati City did not join other Metro Manila cities in approving an ordinance that prohibited the sale and consumption of liquor when the strict enhanced community quarantine was implemented in mid-March.