Woman swings dog by its leash as weapon in fight 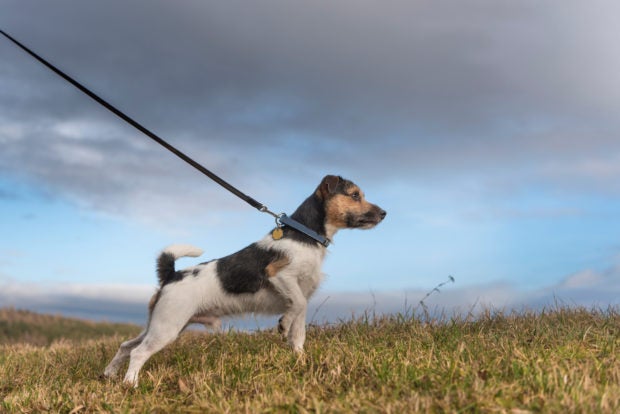 A woman swung a pet dog by its leash to use the animal as a weapon against its owner during an argument in Dartmouth, Canada.

The fight began between four women after two of them supposedly cut off the other duo in a drive-thru on July 1, as per the Halifax Regional Police’s Facebook post last Saturday, July 4.

Authorities noted that there were initial reports of a “dog being involved but the extent was not clear at the time.”

“Officers checked on two dogs in one vehicle while at the scene and they appeared to be in good health,” the police added. However, they said the “severity of actions against the dog were not known at the time.”

Police also explained that after the altercation, none of the women wished to pursue assault charges.

Days after, the police became aware of a video of the incident, which was shared on social media.

An anonymous user posted the clip on the photo-sharing site Imgur. It showed one of the four women opening the car of the other vehicle and grabbing a dog’s leash as she pulled the animal outside.

The dog’s owner then exits her car to try and grab back her pet. However, the first woman turns around and swings the dog by its leash, using the animal to strike the owner’s face.

The owner eventually gets a hold of her pet, embraces it, and walks away from the other woman as they appear to continue screaming at each other.

Following the spread of the video, police have since launched an investigation into the mistreatment of the dog. JB

Boy, 12, leaves puppy at shelter to protect it from abusive dad

Read Next
Australia to shut state border as Melbourne infections surge
EDITORS' PICK
SMDC’s Bloom Residences: A master planned community that cares for your health and wellness
COVID-19 cases in PH pass 3.2 million mark with 37,154 new cases — DOH
Over 3 Million worth of prizes to be won at Smart Padala’s SENDali Manalo Promo!
Upsilon, Unilever give ‘real talk’ on climate change crisis
What to expect as Metro Manila starts ‘no vaccination, no ride’ policy on Monday
Metro Manila’s daily COVID-19 growth rate drops to 2% — Octa Research
MOST READ
Thailand records first Omicron death
‘Not my loss’: Did Kris Aquino just comment on her breakup with Mel Sarmiento?
Prince Harry sues for UK police protection
Ivana Alawi tests positive for COVID-19, urges public to comply with health protocols: ‘No one’s above the law’
Don't miss out on the latest news and information.