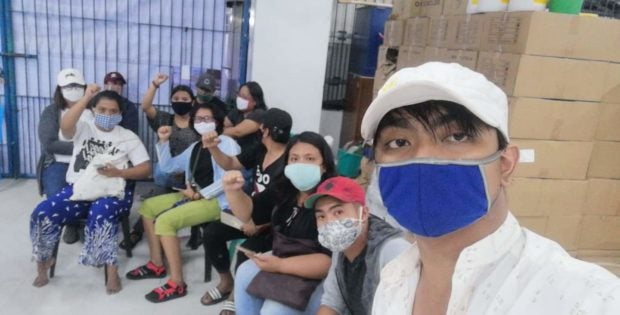 SAN PEDRO CITY –– Eight of the 11 activists arrested after holding a rally against the newly-signed Anti-Terror Act will undergo inquest proceedings in Cabuyao City, Laguna today.

City police chief Lt. Col. Reycon Garduque said they were set to file a case against the protesters for violating the Public Assembly Act of 1985 on Monday afternoon.

He said the activists also violated local ordinances on quarantine imposed to stop the spread of the coronavirus disease.

“We will file the case today after completing the documents and let’s just leave it to the prosecutor’s office how it will appreciate the evidence,” Garduque said.

Also arrested, but later turned over to the Social Welfare department, were three other activists, who Garduque said were minors.

Police Major Noel Valdez, the city deputy police chief, earlier said they only acted in response to complaints about the group “gathering” and holding a rally near the village hall of Pulo.

The group was protesting the Anti-Terror Act, which President Duterte had signed into law on July 3.

“But (the arrest) had nothing to do with that (law). We still have a pandemic going on and they violated the quarantine protocol,” Garduque said.