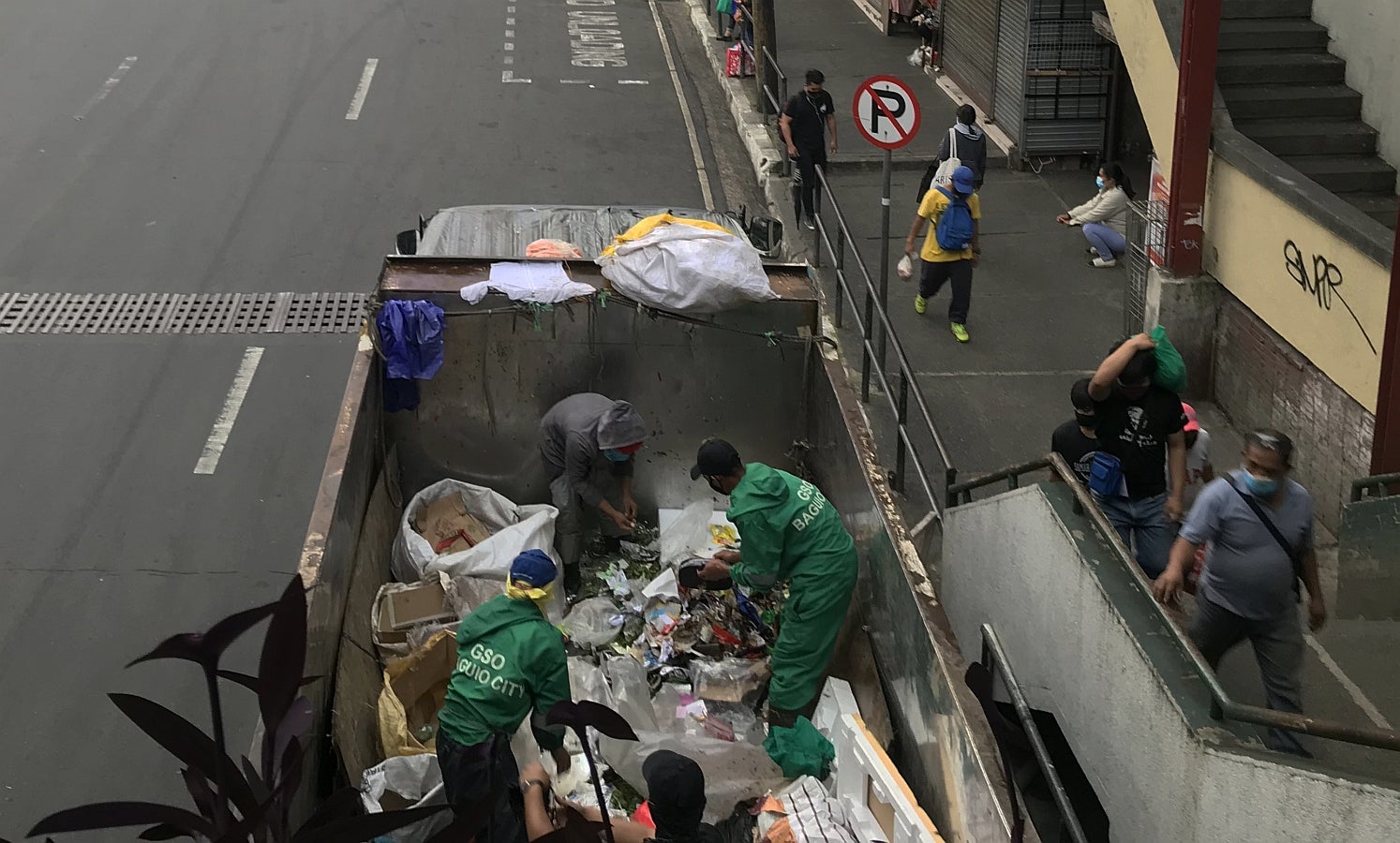 COVID TRASH. Rubbish generated in Baguio City during the Luzon lockdown had dropped by 25 percent, but the volume of trash again rose after the city’s mainstream businesses were allowed to resume under a modified general community quarantine. PHOTO BY VINCENT CABREZA

BAGUIO CITY–The waste-to-energy project that will address the city’s 400 metric tons (MT) of daily trash may be undertaken by the Sobrepeña Group of Companies after the Japanese proponent says it is encountering internal problems, according to Mayor Benjamin Magalong.

The business organization run by Robert John Sobrepeña, chair of the Camp John Hay Development Corp., the tourism estate developer, is offering to use technology from Sweden to convert garbage into electricity which the city can monetize, Magalong said during this week’s management committee meeting on June 30.

Baguio previously sold power generated by American-era hydroelectric plants in nearby Tuba town, Benguet province, that have remained idle due to legal issues involving their contractor.

In 2019, the Department of Energy facilitated a government-to-government deal that allowed a Japanese engineering company, Toyo Energy Solution Co. Ltd, to build a machine that generates power through methane gas from pulped organic waste.

“But Toyo may not proceed with the project… They are short of funding and they are restructuring, so it may delay [the city’s] project,” Magalong said.

Sobrepeña’s firm has offered to pay the city P5.50 per kilowatt-hour of electricity, which the project may generate, the mayor said, adding that the rate is lower than the P6.50 per kWh deal with Toyo.

Sobrepeña has partnered with the company that owns the Swedish technology, Magalong said without elaborating.

Sweden has been heating and lightning households using thermal plants fueled by the trash from its landfills, according to a New York Times report in 2018.

The Toyo machine would have been customized to Baguio terrain and was planned to be located at a 10-hectare lot of the Baguio Dairy Farm.

Toyo designed the plant to be enclosed in a containment shell so it would not emit any odor.

At present, the dairy farm lot, which was donated to the city, serves as a drop-off point for 200 MT of residual garbage collected from 128 villages.

The city government used to haul trash to an open dump in Barangay Irisan that was forcibly closed in 2008 by residents after it had exceeded its capacity.