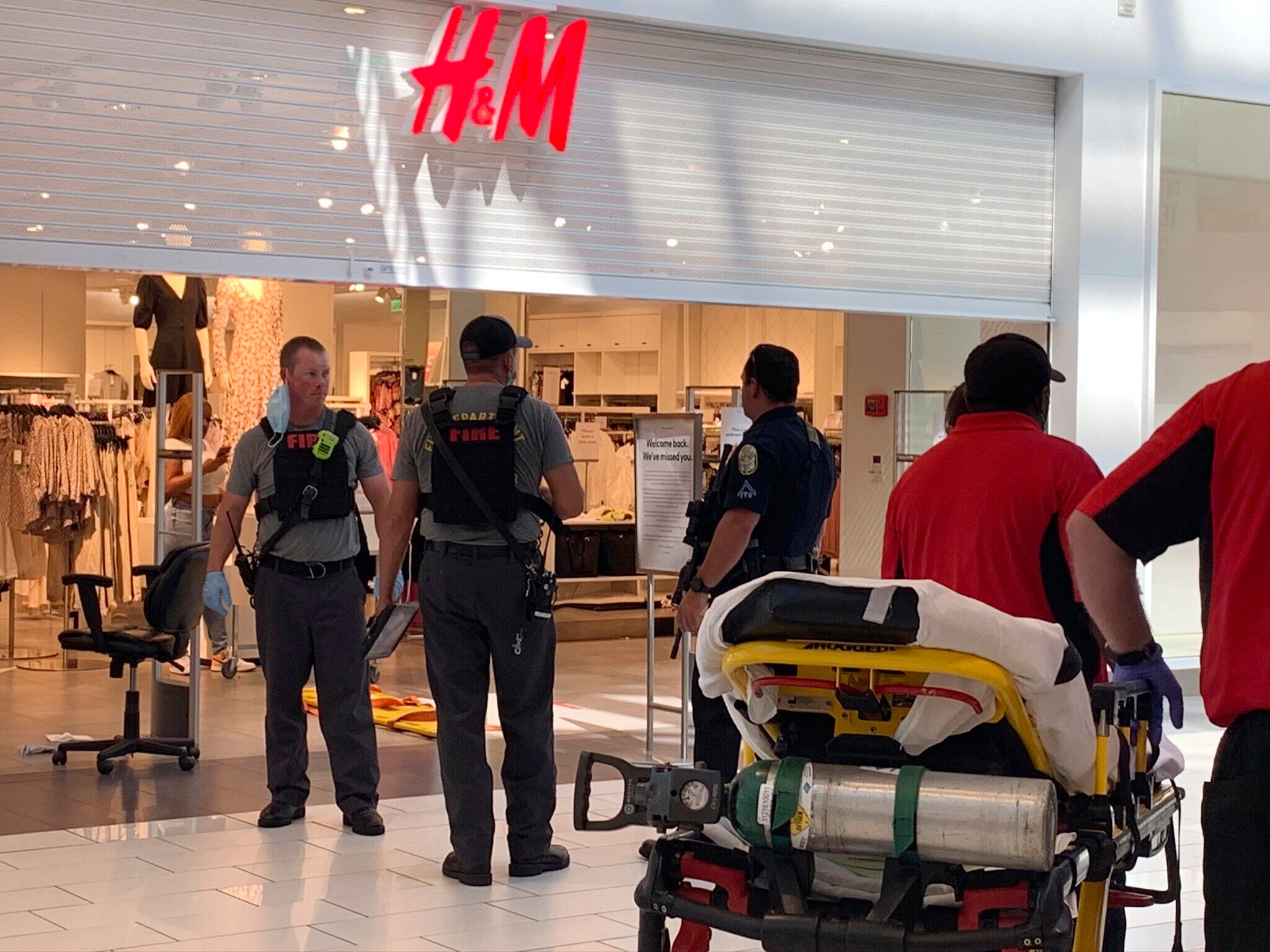 Authorities continue their investigation of a shooting at Riverchase Galleria shopping mall, Friday, July 3, 2020, in Hoover, Alabama, that left an 8-year-old boy dead and three other people hospitalized. (The Birmingham News via AP)

HOOVER, Alabama — An 8-year-old boy was killed Friday in a shooting at an Alabama shopping mall that left three other people injured, police said.

Hoover Police Chief Nick Derzis said the child was killed in the afternoon shooting at the Riverchase Galleria. The police chief said a girl and two adults were also hospitalized after the shooting.

The Bessemer City School system identified the 8-year-old victim as Royta Giles Jr. (pronounced Roy-TAY Jyles), who would have been a third grader this fall at Jonesboro Elementary School.

The school system described him as “a smart child, who was a jewel, with big dreams of someday entering the music industry.”

“He was bright, articulate, and very convincing. We even tried to convince him to become a lawyer,” former assistant principal Van James said in the school system statement.

“This was just a very senseless tragedy and of course they are devastated by this,” Brocato said. He asked residents in the city to pray for the family.

Police did not give a motive for the shooting near the food court inside the mall. Derzis said police are working promising leads, but did not say if they had identified suspects.

“We don’t know at this point what led to the shooting or how many gunmen were involved,” police Capt. Gregg Rector said in an earlier news release.

Annalisa Pope, who works at Hollister in the mall, told WBMA-TV in a telephone interview that she heard six to seven shots that “sounded like they were coming from every direction.”

“It wasn’t just one or two,” Pope said. “That’s what got me off guard. They (the shots) just kept going.”

“It felt so close,” she said. “It was so surreal. It doesn’t even feel real right now. You wouldn’t expect something like that to happen out of nowhere on a normal, Friday afternoon.”

The mall was evacuated after the shooting.

Hoover police asked anyone was in the mall who witnessed the shooting to call authorities.

“This is certainly a tragic situation when you have an innocent child who gets caught in the middle of an altercation between others,” Derzis said.

The mall in suburban Birmingham was the site of a 2018 police shooting where an officer fatally shot a Black man with a gun after mistaking him for the gunman in an earlier shooting at the mall.

The shooting of 21-year-old Emantic “EJ” Bradford Jr. prompted a series of protests at the mall. The Alabama attorney general’s office cleared the officer, saying he acted “reasonably under the circumstances” in the encounter that spanned approximately five seconds.