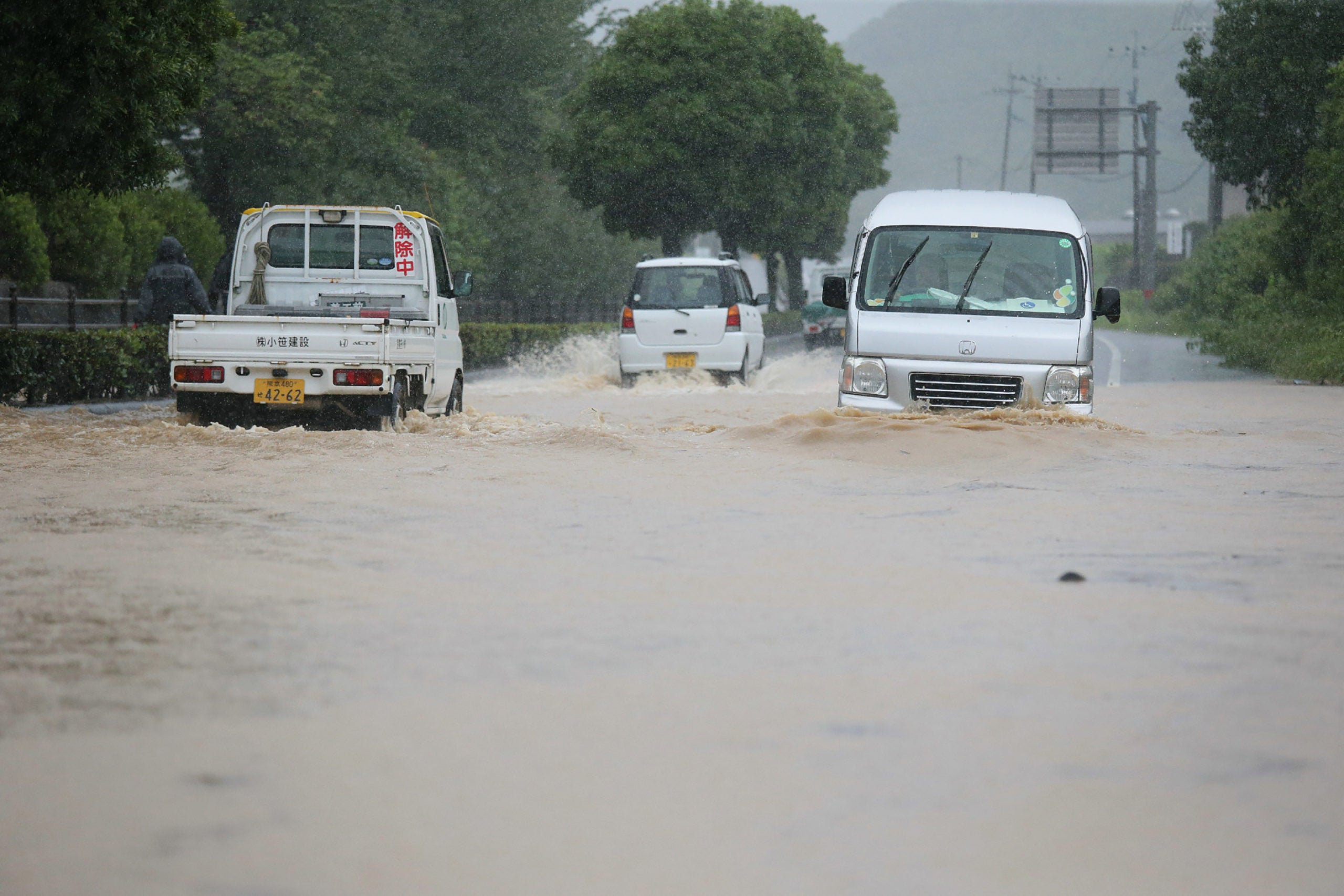 Vehicles pass through a flooded road caused by heavy rain in Yatsushiro, Kumamoto prefecture on July 4, 2020. – Some 75,000 people were ordered to evacuate in western Japan on July 4 as record heavy rain triggered floods and landslides, local media and officials said. The nation’s weather agency issued the highest level of heavy rain warnings to Kumamoto and Kagoshima on Kyushu island. (Photo by STR / JIJI PRESS / AFP)

TOKYO  — Some 75,000 people were ordered to evacuate in western Japan Saturday as record heavy rain triggered floods and landslides, leaving scores stranded and 13 missing, according to local media and officials.

The nation’s weather agency issued the highest emergency level of heavy rain warnings to Kumamoto and Kagoshima on Kyushu island.

Television footage showed vehicles swamped at car parks near a flooding river, while several bridges were reportedly washed away.

Rescuers were searching for three people in Kumamoto after a landslide buried their house, public broadcaster NHK said.

“We strongly urge people to take action to protect their lives as it’s still raining quite heavily,” he told AFP.

Kyodo News said 75,000 residents in Kumamoto and Kagoshima were ordered to evacuate their homes, with nearly 100 people reportedly stranded.

Some train services, including Shinkansen bullet train operations, have been suspended in the region.

Japan is currently in its rainy season, which often causes floods and landsides and prompts local authorities to issue evacuation orders.

No casualties or injuries have so far been reported.