A group led by former Social Welfare Secretary Judy Taguiwalo petitioned the Supreme Court on Friday to compel the government to conduct mass testing to stop the spread of the new coronavirus disease (COVID-19).

In a 77-page mandamus petition, the petitioners criticized the government for resorting to “excessive and unnecessary force” in combating a pandemic.

The “militaristic measures,” they said, led instead to the arrest of more than 60,000 people for violating quarantine regulations and to more than 100 days of an “aimless” lockdown that resulted in millions of jobs lost and businesses shut down.

“As expected, the measures adopted by the government has [sic] failed to address the pandemic. The virus, after all, does not cower in fear when faced with guns and tanks,” the petitioners said.

“After over three months of strict community quarantine—the longest in the world—the number of infections continues to rise … [T]he government still has no cogent plan set in place to halt the contagion,” they said.

The petitioners said “they are asserting their right to the highest attainable standard of health in the hope of seeking protection not only for their lives, but also for their cherished freedoms.”

“Petitioners are invoking the Honorable Court’s judicial power to recognize this primordial and self-executory right in order to chart an agreeable ‘new normal’—one where the state does not cavalierly renege on its obligation to protect and promote the people’s right to health,” they said.

“The omission of proactive and efficient mass testing amid the COVID-19 pandemic has shown that a systemic and normalized violation of the right to health engenders the impairment of other human rights and liberties, such as the rights to travel, livelihood or work, education, and access to justice,” the petitioners argued. 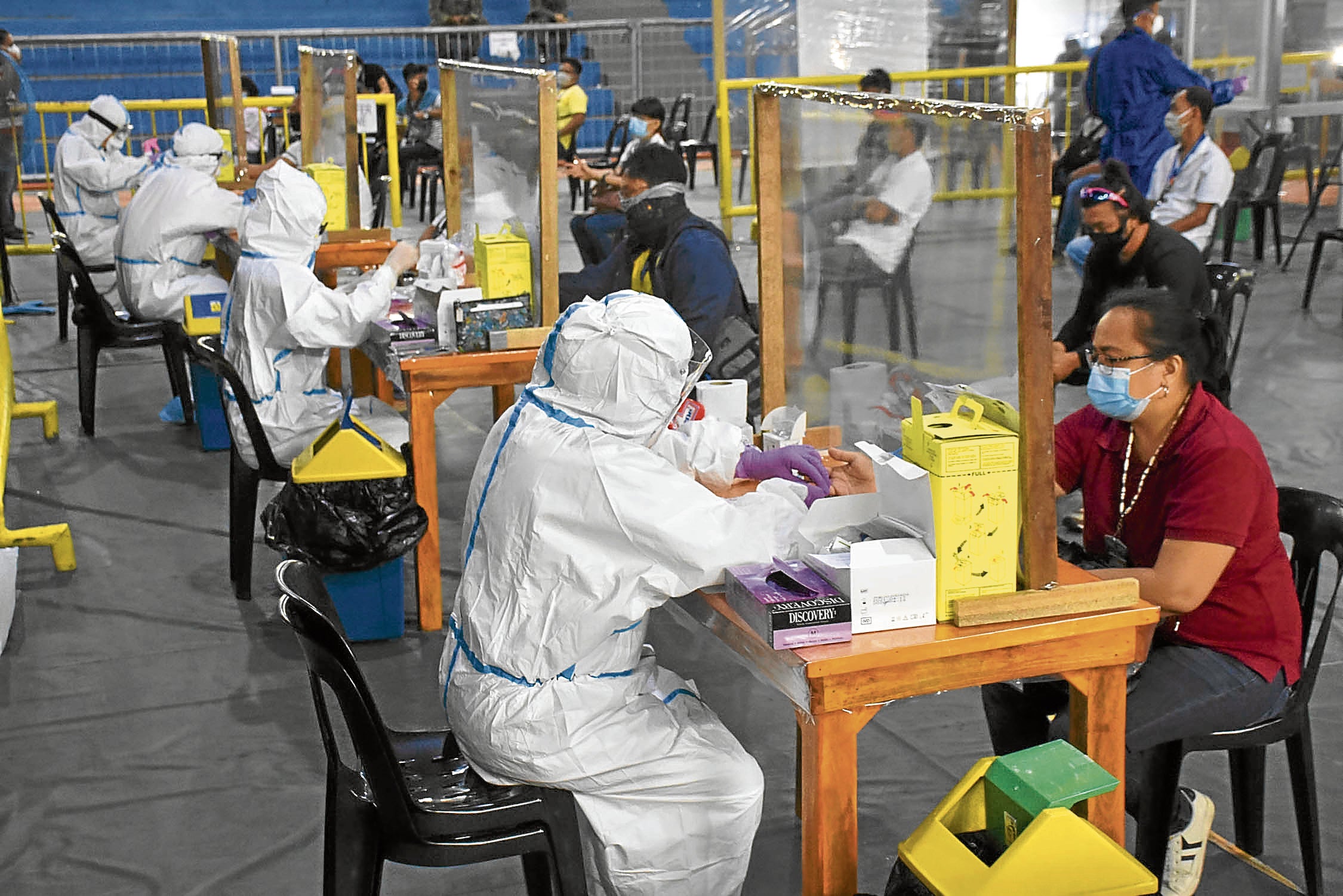 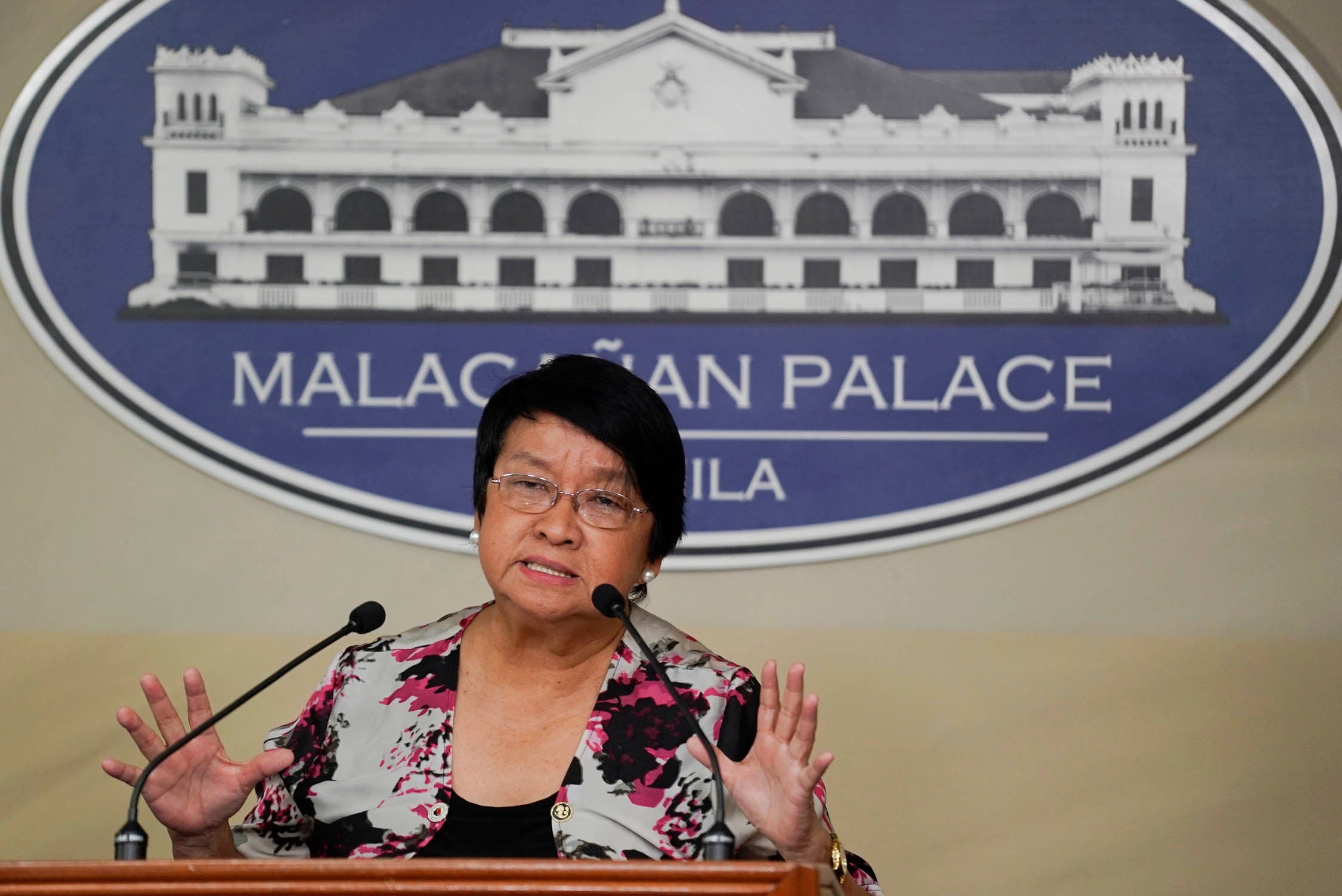 ‘NO COGENT PLAN’ Former Social Welfare Secretary Judy Taguiwalo and other activist leaders have slammed the government for its “militaristic” response to the pandemic, which they say has failed to arrest the spread of the coronavirus and instead targeted the citizenry. They also called on the government to double its efforts in mass testing. Top photo shows rapid tests conducted in Dagupan City, Pangasinan province. —MALACAÑANG PHOTO/WILLIE LOMIBAO

The petitioners called on the court to direct the Cabinet officials to conduct mass testing “in a proactive and efficient matter” by ensuring that such testing would be free, accessible, and available to all suspect cases, contacts of probable and confirmed cases, front-line health-care workers, and high-risk and vulnerable communities.

They said the scheme implemented by the Department of Health with regard to who should be tested first must be abolished.

Among the Cabinet officials named respondents in the petition were Health Secretary Francisco Duque III and Interior Secretary Eduardo Año—named also in their respective capacities as chair and vice chair of the Inter-Agency Task Force for the Management of Emerging Infectious Diseases (IATF)—as well as Presidential Adviser on the Peace Process Carlito Galvez Jr., the chief implementer in the National Task Force on COVID-19.

Taguiwalo is currently the spokesperson of the Citizens’ Urgent Response to End COVID-19. The group is represented by the National Union of Peoples’ Lawyers.

‘We are already doing that’

Roque expressed optimism that the high court will junk the petition as he pointed out that the government already had a program to expand targeted testing.

“We are already doing that. We waited to have more laboratories and for the DBM (Department of Budget and Management) to buy 10 million testing kits, and this is in addition to the rapid test kits that we are buying,” he said at a press briefing.

“Among those to be tested are not just the symptomatic and those in contact with confirmed cases. It now includes asymptomatics and other front-liners like media personnel. We will also test other government employees serving as front-liners,” Roque said.

“This means that, in principle, it’s approved that we will test beyond those who are symptomatic. But we will still wait for the guidelines to be issued,” Roque said, citing IATF Resolution No. 51.

The Philippines currently has a maximum testing capacity of 50,000 polymerase chain reaction tests a day, but the actual tests done are only at 16,000 a day. As of Tuesday, 681,667 had been tested.

The government wants to test at least 2 percent of the country’s 110 million population for the COVID-19 virus, or at least 10 million Filipinos in the next eight to 10 months. —WITH A REPORT FROM JULIE M. AURELIO