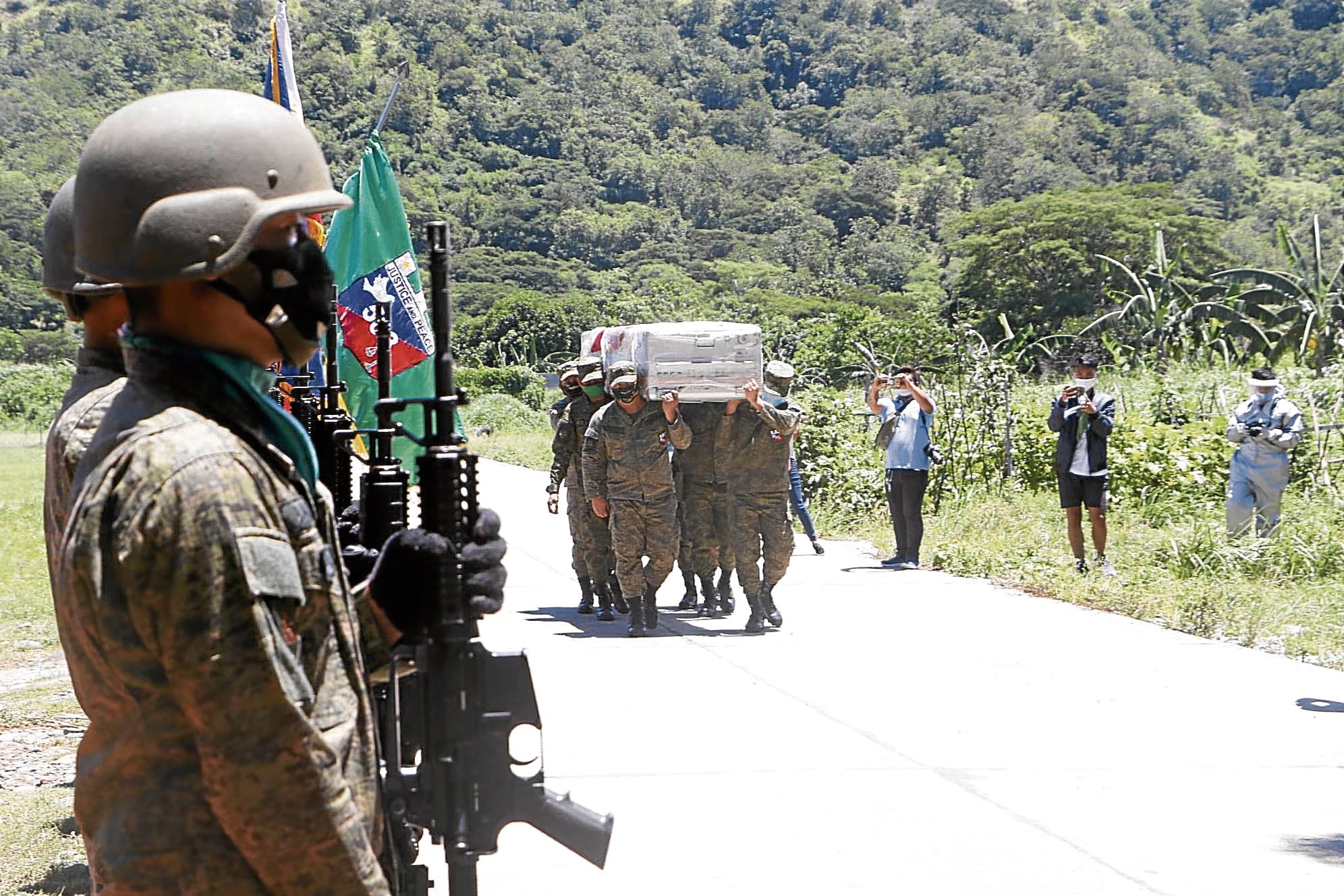 HONORED The remains of Maj. Marvin Indammog, who was killed by policemen in Jolo in a “misencounter,” was flown home to Tabuk City, Kalinga province, on July 3. —TABUK CITY GOVERNMENT

TUGUEGARAO CITY—The body of one of four Army soldiers killed on June 29 in a supposed encounter with policemen in Jolo, Sulu province, arrived here on Friday and was given military honors before it was flown to his hometown of Tanudan in Kalinga province.

The remains of Maj. Marvin Indammog, 39, were first taken to the Air Force hangar in Tuguegarao City Airport and transported by a Huey helicopter to the 503rd Brigade Camp in Tabuk City in Kalinga.

“We grieve the loss of a fellow soldier. He is a hero,” said Maj. Noriel Tayaban, spokesperson of the Army’s 5th Infantry Division in northern Luzon.

Indammog was a member of the PMA “Mandala” Class of 2006 and served in the Scout Rangers. He was leading three other Army intelligence agents in tracking two Abu Sayyaf bombers when they were shot dead by policemen at a checkpoint near the Jolo police station.

Police claimed a “misencounter,” saying Indammog and his men sped past the checkpoint in their vehicle and drew their firearms at pursuing policemen.

Denouncing the incident as a “rubout,” the Army said the police “fabricated the spot report” of the encounter.