OTTAWA — Canada announced Thursday an agreement to launch negotiations with Iran on compensation for the families of the foreign victims of a Ukrainian passenger plane shot down in January, with Sweden expressing confidence Tehran would pay. 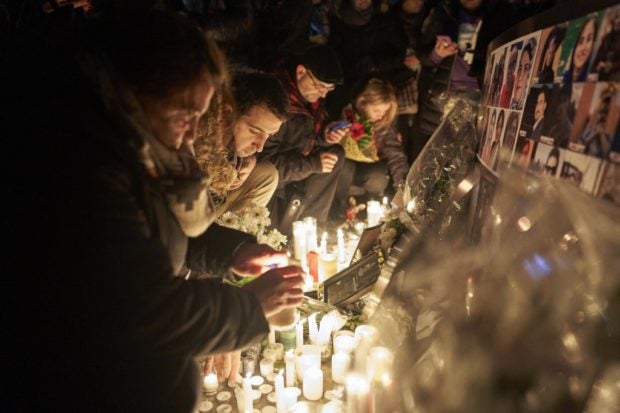 In this file photo taken on January 9, 2020 mourners light candles for the victims of Ukrainian Airlines flight 752 which crashed in Iran during a vigil at Mel Lastman Square in Toronto, Ontario.  Photo by Geoff Robins / AFP

An international “coordination and response group” of countries whose nationals died on the plane signed a memorandum of understanding, formally paving the way for negotiations with Tehran, according to a Canadian government statement.

There is “no doubt” that Iran would follow through on the compensation, she said, adding that it was still unclear what sums would be paid out.

“We have signed an agreement of mutual understanding that we will now negotiate with Iran about amends, compensation to the victims’ next of kin,” Linde said.

Ukraine, the group’s designated speaker on the negotiations, will be responsible for proposing a date to launch the talks in Tehran, Champagne said.

“These kinds of negotiations generally take several months or even years,” added Champagne, whose country chairs the coordinated group.

“Iran had indicated to us its desire to start negotiations. I always judge Iran not by its words but by its actions,” he warned.

The 176 victims of the crash, which occurred shortly after taking off from Tehran airport on January 8, were mostly Iranian-Canadians.

Of countries apart from Iran, Canada was the hardest hit, with a total of 85 victims (both citizens and permanent residents).

The Islamic Republic admitted days after the downing that its forces accidentally shot the Kiev-bound jetliner.

At the end of June Iran officially enlisted the help of France’s BEA air accident agency to download and read the data on the flight recorder.

Ottawa had been demanding that Iran, which does not have the technical means to extract and decrypt the data, send the plane’s black boxes abroad.

Read Next
Olongapo has new COVID-19 case after a 1-month lull
EDITORS' PICK
Been there, done that but what’s the difference between MECQ and GCQ?
PNP: Checkpoints back in MECQ areas
Water remains our saving grace right now
Smart 5G goes live
A gem of a residence in the new normal
BREAKING: 3,226 latest COVID-19 cases bring PH’s total to 106,330
MOST READ
MECQ guidelines in infographics
MECQ in NCR, other areas: Mass transportation suspended, quarantine pass required anew
Want higher pay? Join the police force, Duterte tells nurses
Lacson takes up cudgels for health workers ‘threatened’ by Duterte
Don't miss out on the latest news and information.