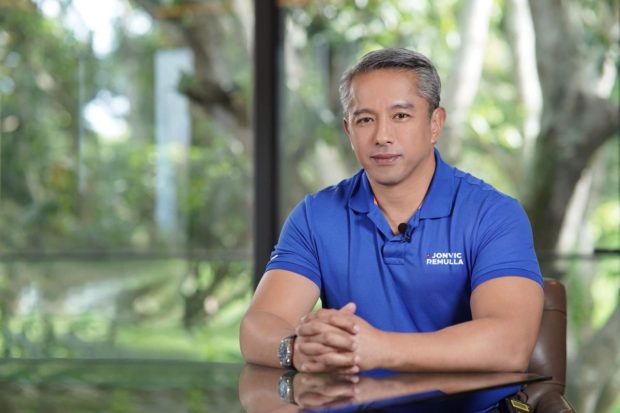 MANILA, Philippines – Cavite Governor Jonvic Remulla chided his brother Cavite 7th District Rep. Jesus Crispin “Boying” Remulla who was spotted jotting down notes while the Philippine national anthem was being played before the hearing on ABS-CBN’s franchise renewal at the House of Representatives on June 29.

The younger Remulla expressed his disappointment in a letter addressed to his brother, which he posted on his Facebook account on Friday.

“We have attended countless flag ceremonies together in the Capitol. We have always come on time. We have always treated people with respect. We have always stood and held our hands to our chest. That wasn’t you on the Batasan floor. You were never like that,” he said in his post.

Rep. Remulla has apologized for the incident but hit “ABS-CBN people” for “playing it up now on social media.”

He explained that during the flag ceremony, a question for the hearing popped up in his mind and that he had to write it down.

The Cavite governor went on recalling how his brother “practically raised [him] as the father figure in the house.”

“I learned a lot from you. The values of standing up for what is right and fighting for it, if need be,” he said.

Whether we like it or not, as public servants our behavior shapes and influences others. Our language becomes the people’s language. Our attitude is seen and judged everyday.”

“Let’s be a better person. Let’s be the clearer person. Let the facts speak louder than our own words,” added the governor.