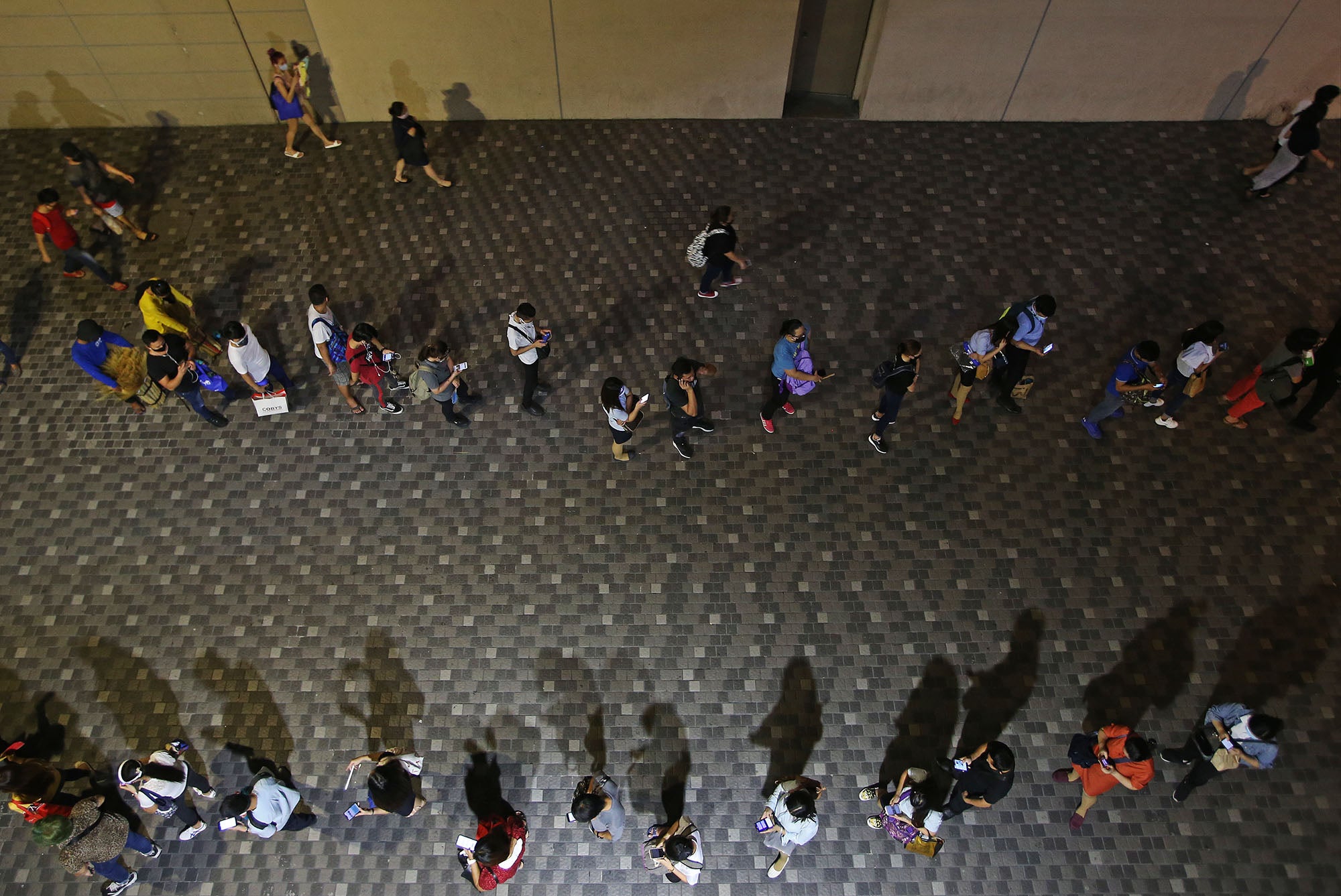 Long queue of commuters at MRT-Shaw boulevard station in Mandaluyong due to limited passengers allowed to board the train to maintain social distancing amid COVID19 threat. INQUIRER PHOTO / RICHARD A. REYES

There will be fewer Metro Rail Transit (MRT) 3 trains starting next week after 127 of its maintenance workers were found positive for the new coronavirus disease (COVID-19) as of Thursday morning.

Even as the Department of Transportation (DOTr) assured the public that there was no direct contact between depot workers and MRT 3 station personnel and passengers, the growing number of confirmed cases at Metro Manila’s busiest train system highlighted the perils of returning to work amid a pandemic.

“This reduced capacity is [contingent] not really on the availability of the trains but on the number of available personnel we have,” Transport Undersecretary TJ Batan said.

Batan told reporters that the 127 confirmed cases were a result of the contact tracing and swab testing they had been conducting at the train system’s depot since June 14, when the first worker tested positive for COVID-19. Of the 127 infected workers, 124 were employed by the MRT 3‘s maintenance provider, Sumitomo-Mitsubishi, while the rest were DOTr employees.

MRT 3 director Michael Capati could not say for certain whether the 127 personnel had gotten the virus from working together in an enclosed area, especially since they had been segregating their working spaces to prevent the spread of the virus. No direct contact

The depot is located underground near the North Avenue station in Quezon City, which means the maintenance workers have no direct contact with personnel working at the passenger platforms.

“Even before the results, we made sure to observe social distancing … and [hygiene] measures inside the depot,” Capati said. “When the first cases [were discovered] at the quality control department, we locked it down immediately.”

After conferring with Sumitomo, the DOTr-MRT 3 decided to reduce the number of trains operating on the mainline starting Monday.

This is on top of the scheduled shutdown on selected weekends to give way to rail replacement works.

Passengers were advised to avail themselves of other modes of transport, like the bus augmentation program running parallel to the MRT 3.

Batan said they would continue to monitor the situation closely although plans to shut down the train system were on standby “depending on the [severity of the outbreak] as well as discussions with the … Inter-Agency Task Force for the Management of Emerging Infectious Diseases.”