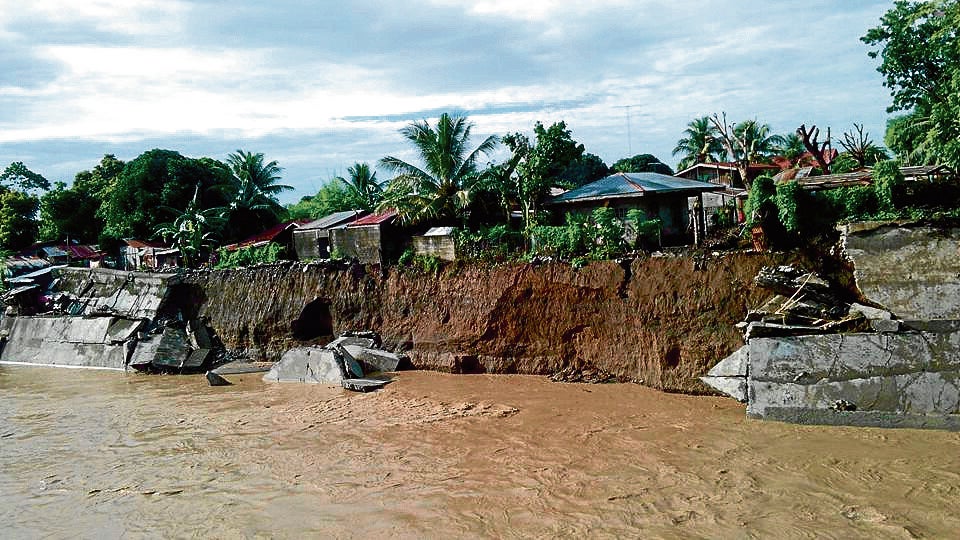 A portion of the flood control dike along the Digos River caved in as flood waters rampaged on Sunday evening. CONTRIBUTED PHOTO

Damaged crops include banana and newly planted rice in the villages of Igpit, San Miguel, San Agustin and Goma villages, worth P2.51 million.

The biggest damage, worth P91.25 million, was on a flood control dike along Digos River.

The destruction of portions of the dike allowed floodwaters to swamp the homes of more than 1,000 families in the city’s urban villages, forcing them to evacuate on Sunday night.—ELDIE S. AGUIRRE