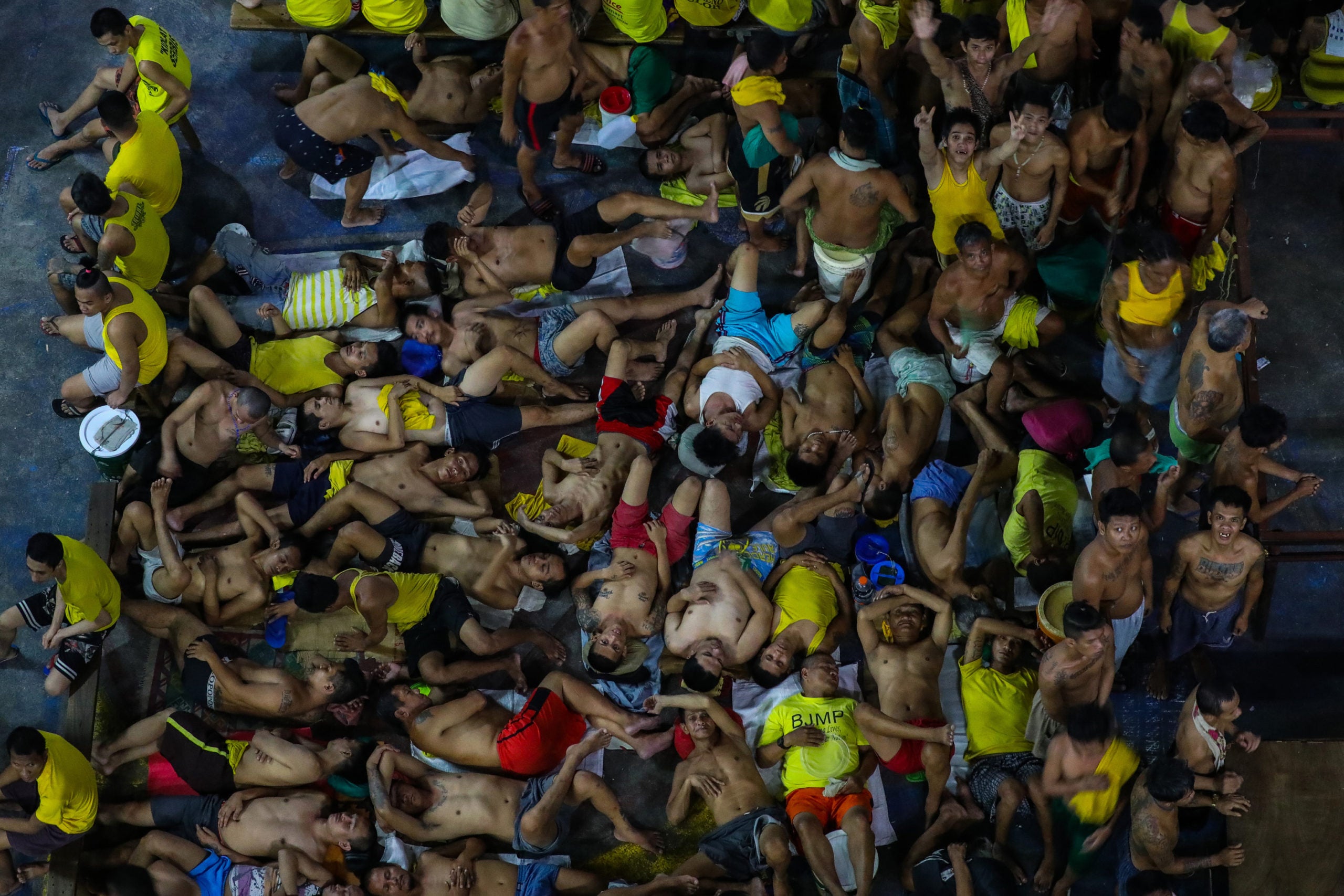 This photo taken on March 27, 2020 shows prison inmates sleeping and gesturing in cramped conditions in the crowded courtyard of the Quezon City jail. (AFP)

MANILA, Philippines — The Bureau of Jail Management and Penology has released more than 15,000 prisoners as the Philippines races to halt coronavirus infections in its overcrowded jails, the Department of the Interior and Local Government (DILG) said Thursday.

The 15,322 persons deprived of liberty were released from March 17 to June 22 by the “authority of courts” following a directive by the Supreme Court to send home those awaiting trial but remain in prison because they could not afford bail.

Of the total number of released prisoners, the DILG said 5,910 are from Metro Manila, 1,557 are from Calabarzon, 1,487 from Central Visayas, 1,041 from Central Luzon, 897 from Zamboanga Peninsula, 762 from Northern Mindanao and the rest are from other regions.

The majority of the freed inmates were senior citizens and those with “light or bailable offenses,” the DILG said in a statement.

Interior Secretary Eduardo Año said there are 783 COVID-19 cases in various BJMP detention centers and 549 of those who tested positive for the virus have recovered.

Meanwhile, the total count of infected BJMP personnel now stands at 135 with 90 recoveries.

Año said they would continue to monitor coronavirus disease cases among detainees.

The BJMP also enforced an electronic dalaw (e-Dalaw) program, which allows inmates to talk to their relatives and legal counsels online while jail visits are suspended.

Covid-19 outbreaks have been reported at some of the country’s most overcrowded jails, affecting both inmates as well as corrections personnel.

Social distancing is all but impossible in the country’s prison system, where cells are sometimes filled to five times their capacity due to inadequate infrastructure and a slow-moving and overburdened judicial system.

Overcrowding has become an even greater problem since President Rodrigo Duterte launched a drug crackdown in 2016 that has seen thousands sent to prison.

Among those which have reported outbreaks are the Quezon City Jail in the capital Manila, a facility so crowded that inmates take turns sleeping on staircases and open-air basketball courts.

The outbreaks have fuelled calls from rights groups for the early release of prisoners charged with non-violent offenses as well as the sick and elderly.

As of today, the Philippines has recorded 37,514 coronavirus infections and 1,266 deaths.