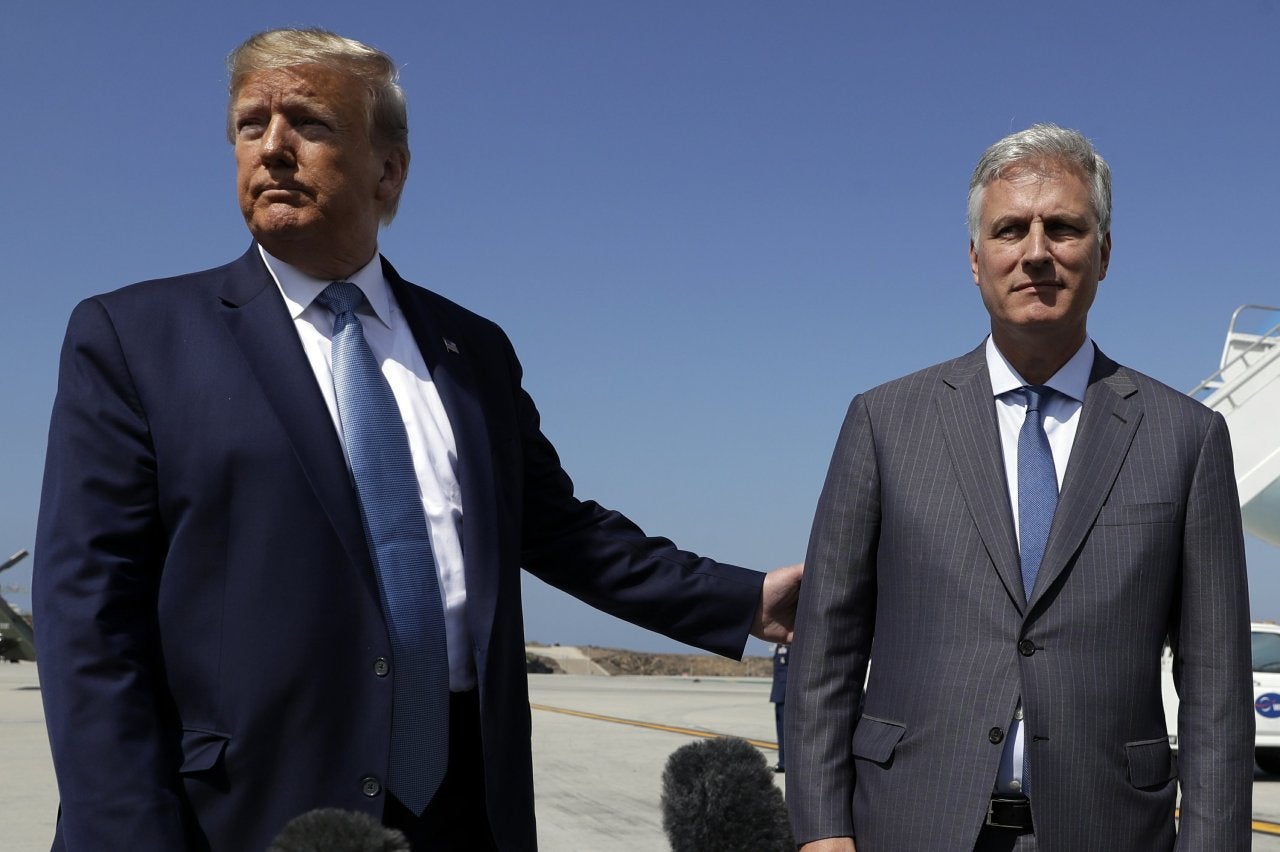 He said the US hopes to see North Korea achieve a “bright economic future” under leader Kim Jong-un, and that US President Donald Trump remains committed to “enduring peace” on the Korean Peninsula.

“Tangible progress has been slow,” O’Brien said during a virtual seminar hosted by the Center for the National Interest, apparently referring to the stalled denuclearization talks between the US and North Korea.

“But the door to dialogue and progress remains open.”

Trump and Kim agreed to work toward the complete denuclearization of the Korean Peninsula during their first summit in June 2018.

They have met twice again since, but failed to reach an agreement in their last summit in February 2019. Claiming that it has completely dismantled its main nuclear complex at Yongbyon, Pyongyang demanded the US ease sanctions in return.

Suspicious that nuclear activities could always resume at Yongbyon, Washington has reportedly insisted that more verifiable and irreversible denuclearization effort on Pyongyang’s part was necessary.

“We are committed to engagement, and to achieving the goals set forth at the Singapore summit,” O’Brien said.

“We continue to call on North Korea to avoid provocations, abide by obligations under UN Security Council resolutions and return to sustained and substantive negotiations.”

With less than five months left till the US presidential election due in November, Trump is suffering falling approval ratings and rising doubts regarding his qualifications thanks to revelations by opponents including his former top aide on national security John Bolton.

Some observers interpret Tuesday’s remarks by Bolton’s successor O’Brien as a warning against Pyongyang to refrain from actions that could derail Trump’s reelection.

They say that North Korea, which has a history of exaggerating or possibly lying about its denuclearization efforts, is likely to return to having much less chance in getting what it wants – easing of economic sanctions — under any other US president.