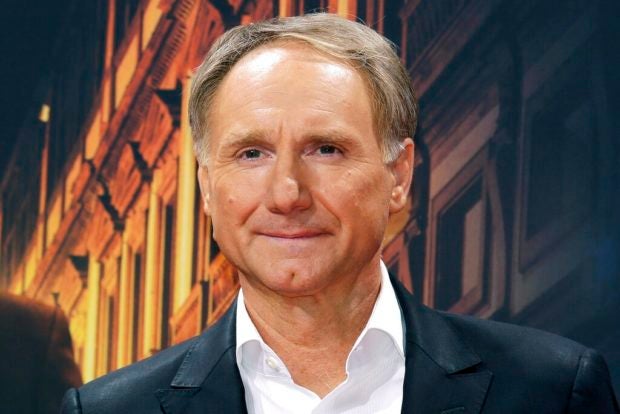 In this Oct. 10, 2016 file photo, author Dan Brown arrives for the premiere of the movie “Inferno” in Berlin. AP Photo/Markus Schreiber, File

BOSTON — The ex-wife of “The Da Vinci Code” author Dan Brown has filed a lawsuit alleging the man known for writing about conspiracies and secret societies led a double life during their marriage that included a tryst with a Dutch horse trainer and other affairs.

In her lawsuit filed Monday in New Hampshire, Blythe Brown also claimed credit for inspiring much of his work and coming up with the premise for “The Da Vinci Code”. She also alleged that Brown hid scores of future projects worth “millions” from her, including a television series as well as a children’s book due out in September.

The most explosive allegations, however, are the extramarital affairs. Describing Brown’s behavior as “unlawful and egregious,” Brown said she only learned about it after the pair divorced in 2019 after 21 years of marriage.

She accuses the best-selling author of secretly diverting funds to pay for gifts to an unnamed horse trainer, including several Friesian horses and financing for his lover’s horse training business. She alleges the “illegal behavior” took place in New Hampshire, Europe and the Caribbean.

“Dan has lived a proverbial life of lies for at least the past six years, seeming to be the epitome of a world-famous novelist leading a simple life in his home state of New Hampshire, while in reality he was something quite different,” the lawsuit claims. “For years, Dan has secretly removed substantial funds from his and Blythe’s hard-earned marital assets to conduct sordid, extra-marital affairs with women — one half his age — and to pursue a clandestine life.”

Dan Brown, in a statement, said he was “stunned” by the allegations and called the complaint “written without regard for the truth.” He said he never misled his ex-wife on their finances during their divorce and that she ended up with half their holdings after they divorced.

“For reasons known only to her and possibly her lawyer, Blythe Brown has created through this suit a fictional and vindictive account of aspects of our marriage designed to hurt and embarrass me,” Brown said in a statement Tuesday.

Blythe Brown, a horse enthusiast who is involved in horse and carriage driving competitions, insisted she was only filing the lawsuit to stand up for herself and assert her “self-worth.”

“We worked so hard together, struggling to build something meaningful. With great success came our promises to each other that we would not let it change us or our life together,” she said in a statement Tuesday. “I don’t recognize the man that Dan has become. It is time to reveal his deceit and betrayal. After so much pain, it is time for truth. It is time to right these wrongs.”

Brown, a New Hampshire native, has had a string of bestsellers but is best known for “The Da Vinci Code”, a puzzle-filled thriller that introduced readers to the notion that Jesus Christ and Mary Magdalene were married with children. The plot outraged church officials and scholars.

In her lawsuit, Blythe Brown portrayed herself as inspiring Brown to give up songwriting after the pair met in 1990 and recognizing his “unlimited potential as a writer of fiction.” She also alleges she helped craft key themes and ideas for many of his books, “served as lead researcher, first-line editor, and critic, and was Dan’s literary partner in the fullest sense.”

“Indeed, Blythe and Dan formed a partnership in the literary world that was to last for nearly thirty years, taking them places that they could never have imagined,” according to the lawsuit, in which she seeks unspecified damages.

“The allegation that I failed to fairly acknowledge the literary contributions of my former wife is wrong,” he said.

During a 2006 trial against the publisher of the “The Da Vinci Code”, the court heard how Blythe Brown was an essential contributor to his million-selling historical thriller. Two authors unsuccessfully sued, claiming that Brown “appropriated the architecture” of their book in a high-profile London court case.

According to witness statements and court testimony, Blythe Brown led the massive research effort, supplied countless notes and suggestions and offered an invaluable “female perspective” for a book immersed in “the sacred feminine.” NVG