This is a crisis election that will shape Singapore’s future, says PM Lee 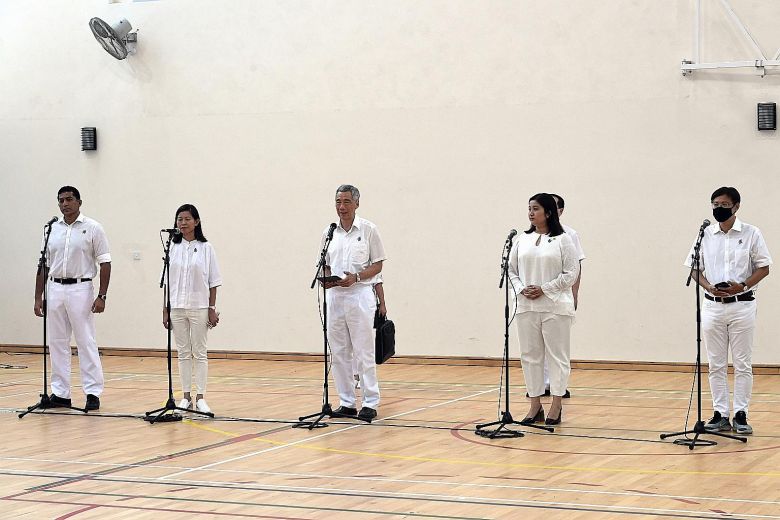 SINGAPORE — This is a crisis election, and the path Singapore takes from here will depend on the government the people choose and the mandate it is given, Prime Minister Lee Hsien Loong said on Tuesday (June 30).

While some expect a flight to safety and familiarity in times of crisis, PM Lee said he did not agree with this view. The People’s Action Party (PAP), he said, does not take for granted that voters will naturally keep voting for the ruling party.

Like Singapore’s first general election in 1959, or the polls in 2001 that took place after the Sept 11 terrorist attacks, this year’s is an “election during a crisis (and) these are elections that focus everyone’s minds, and they can also change the course of history”, he added.

PM Lee, speaking at a virtual press conference after nomination proceedings, said: “As our manifesto puts it, what’s at stake is our lives, our jobs and our future.

“Everything depends on which government you choose, and the mandate you give it.”

The PAP expects a tough fight this time because the pandemic has caused great economic pain for many people, he added.

“This is not the happiest of times; people are feeling the pain and the uncertainty because of the crisis, some acutely,” he said. “The opposition is making the most of that.”

With all 93 seats at stake in this election, there is also no by-election effect, where the Government is guaranteed to be returned to power come Polling Day, said PM Lee.

“This is not a by-election. It’s a general election for the most important issues concerning the country at a moment of crisis,” he told reporters at Deyi Secondary School nomination centre earlier in the day.

“Everybody needs to understand that. Everybody must have that in mind when they assess their votes.” The PAP will give its all for this contest and “fight for every vote and win every heart”, he said.

Asked what he would deem a strong mandate for the PAP, PM Lee said a good outcome hinges not just on its vote share come July 10, but whether Singaporeans are happy with the outcome of the election.

Such an outcome would see the country able to come together after election night to support the Government and its plans in the face of an ongoing crisis, he added.

A strong mandate would therefore be “measured qualitatively, and not just by numbers”, said PM Lee, who last week called for the strong backing of the people to put in place a capable government that can see Singapore through today’s tumultuous times.

“You want to have a good vote, of course, but how you interpret it also depends on the mood during the campaign and the vibes, whether people feel that this is a good outcome and they are happy with it.”

The alternative, he added, would be if voters see the outcome and think they should have voted differently.

“If you have an election at the end of which you have, let’s say, even a very overwhelming majority, but the minority who voted against you are extremely, intensely unhappy with the outcome, the country is divided, there is a lack of trust, mutual lack of respect – which is what’s happened in many Western countries, like in the US – I think that’s a bad outcome.”

He added that the PAP secured a good mandate in 2015, and PM Lee hoped Singaporeans will again make a “resounding, clear choice”.

In a televised nationwide broadcast last Tuesday (June 23), PM Lee explained why the election had to be called now. He said holding hustings at a time when things are relatively stable would “clear the decks” and give the new government a fresh, full five-year mandate.

He said: “If you have an outcome where, at the end of the election, everybody feels this is good… this is our team, we voted for him collectively, I may or may not have voted for him, but I will support him because that is the outcome.

“I think that is a good outcome for Singapore.”