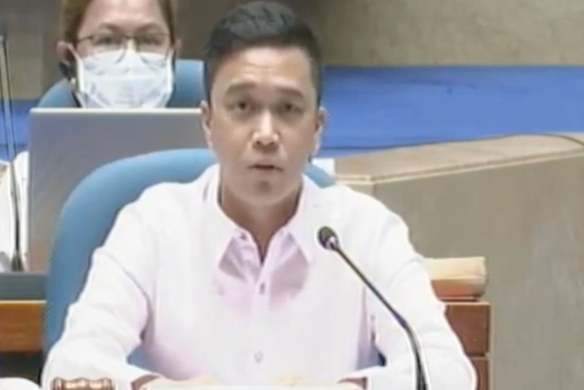 MANILA, Philippines — A House leader has insisted on the fairness in the hearings being conducted on media giant ABS-CBN’s bid for a 25-year franchise, dubbing as “fake news and unacceptable” those claims that the hearings are one-sided.

(We should not say that the hearings are biased. Those who said that maybe forgot to watch thoroughly the hearings. That is fake news.)

(We talk with those against the franchise and ask them if they are feeling that there is unfairness from the chairmen. We are also speaking to those for the franchise including ABS-CBN if they feel that the hearings are unfair.)

(For me, everyone is happy except for a few who have expressed their dismay.)

To recall, Buhay Rep. Lito Atienza earlier accused those against granting ABS-CBN a franchise of monopolizing the proceedings, adding that Deputy Speaker Rodante Marcoleta is “enjoying obviously immense advantage” in the hearings since he is not being interrupted with his interpellations.

But Sy-Alvarado noted that during Tuesday’s hearing in particular, there seemed to be more pro-ABS-CBN lawmakers who spoke compared to those against the franchise.

Sy-Alvarado believes that the joint committees are close to doing a “good job” if only one or two lawmakers have complaints regarding the conduct of the hearings.

(You cannot find a fairer and more comprehensive hearing than this.)

(I hope those who are saying that we are unfair should feel chills about themselves. That is fake news and a disrespect to the members of the joint committee including our Speaker Alan Peter Cayetano.)