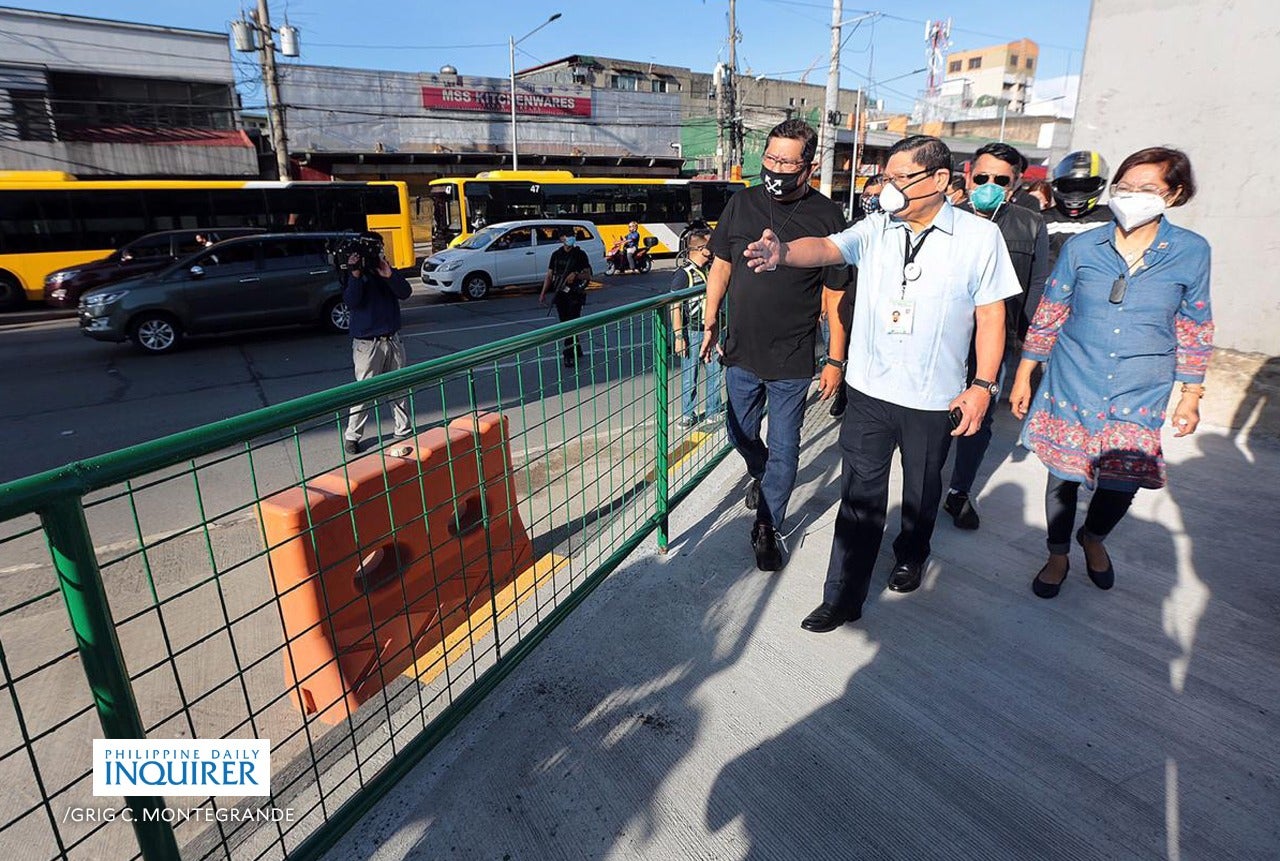 MMDA chairman Danilo Lim inspects one of the new dedicated Edsa inner-lane bus stops in Monumento, Caloocan City on Tuesday, June 30. Barriers and railings are put up to prevent passengers from walking onto Edsa.-INQUIRER/GRIG C. MONTEGRANDE

MANILA, Philippines — Moving the doors to the left side of a bus – which is being proposed to allow buses to use stops along Edsa’s median lanes – could be dangerous for passengers once the bus is on other roads, a leader of a provincial bus group said on Wednesday.

(If you change the doors, and place the bus door on the left, you can’t use that in other roads except on Edsa.)

(If you follow this for buses it is only for bus lanes installed in the middle of the major thoroughfare. You can’t use it on other roads. This is extremely dangerous on other roads.)

Yague also raised concern for costs bus operators will have to spend in relocating the doors on buses.

(That is very expensive and the manufacturer will void the warranty because the structural integrity would be renewed. If you will do that you will have to ask the manufacturer to adjust the bus design for you.)

MMDA chairman Danilo Lim previously said they are eyeing to move passenger doors of buses as the MMDA had designated the two left-most lanes of Edsa for use of buses. Lim said the long-term plan will also allow for safer loading and unloading of passengers on islands along Edsa’s middle lane.