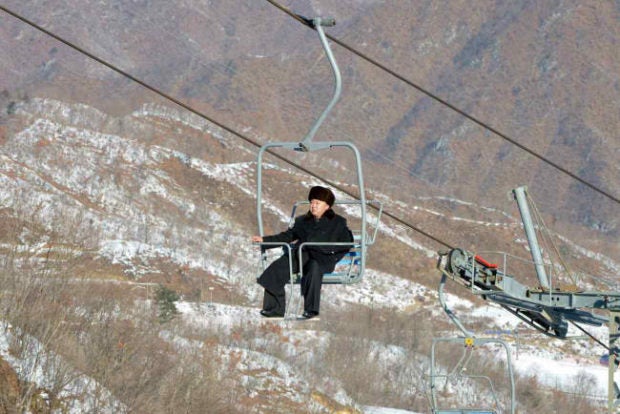 SEOUL — North Korea has registered the trademark for “Masikryong Hotel” inside a luxury ski resort with a UN body on intellectual property rights, as the reclusive regime seeks to develop its nascent tourism industry to build revenue around international sanctions.

The North listed the trademark of “Masikryong Hotel” on April 2 to the World Intellectual Property Organization, the website showed on Tuesday. The trademark is set to expire in 2030, but it could apply for extension afterwards.

The luxury hotel is built inside Masikryong Ski Resort, which was built in 2013 in the country’s eastern coast town of Wonsan. It has 120 hotel rooms, a swimming pool, bars, cafe and western shops.

The ski resort is one of North Korean leader Kim Jong-un’s pet projects, which is estimated to have cost $35 million to construct. According to North Korean reports, it has 10 slopes of varying difficulties, an Austrian-made cable car system, snowmobiles and an ice skating rink. The Swiss-educated Kim is said to be an avid skier. In early 2018, a group of South Korean skiers visited Masikryong ski resort for a joint training program before the Pyongyang Olympics.

Since the establishment, the communist nation has stepped up a publicity campaign for the ski resort, in a bid to lure foreign visitors. The North also stressed its boost in tourism is intended for the citizens to enjoy recreation and high-class activities.

Tourism is one of the few North Korean industries excluded from the UN-led sanctions imposed on the country over its nuclear weapons program. The earnings from foreign tourists visiting the country has become a main source of foreign currency for Pyongyang.

Most foreign tourists to North Korea are Chinese or are people who travel through China, the North’s closest ally. But this year, the coronavirus pandemic has forced the North to shut its borders to China, dealing a blow to the North’s tourism industry.

The North has been pushing to register trademarks with the WIPO since Kim took helm of the country in 2011.

On May 6, it registered the Ryugyong Musical Instrument Company, which sells musical instruments, with the WIPO. Last year, it completed filing for 11 brands, including Taedonggang Brewing Company, and the Pyongyang Trolley Bus Factory.