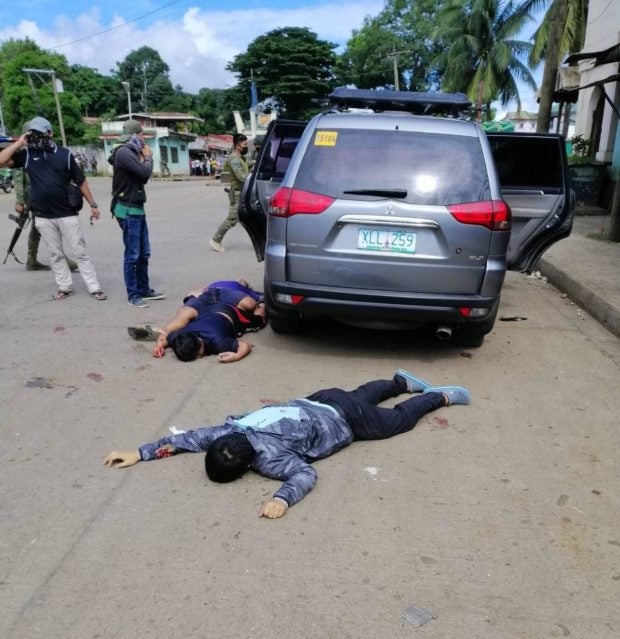 MANILA, Philippines — An angered Philippine Army chief called for a full investigation into the deaths of four military intelligence personnel gunned down by police officers in Sulu.

“The Commanding General, Philippine Army is enraged and demands that a full-blown investigation must be conducted on the death of four soldiers from the hands of PNP forces,” the Army said in a statement Tuesday.

The military and police have conflicting versions of the incident.

The Army said two military officers and two enlisted personnel from the 11th Infantry Division were tracking Abu Sayyaf members on board an SUV when they were flagged down by police at a checkpoint along Marina Street, Jolo past 2 p.m. Monday.

“Even after properly identifying themselves, the police personnel approached and fired upon them for still unknown reasons,” the Army said.

Meanwhile, police claimed that they stopped the vehicle carrying the intelligence personnel and instructed them to go to the nearby police station to verify their identities.

But as they neared the police station, the SUV sped off and triggered a car chase. Police said they only defended themselves as the soldiers tried to shoot them.

Quoting eyewitnesses, Army chief Lt. Gen. Gapay said there was no altercation between the two parties and there was no provocation on the part of the Army personnel.

“No agents from the Philippine Drug Enforcement Agency are involved and this is not an anti-drug operation,” he said.

Gapay vowed that there will be “no let-up in our quest for truth and justice.”