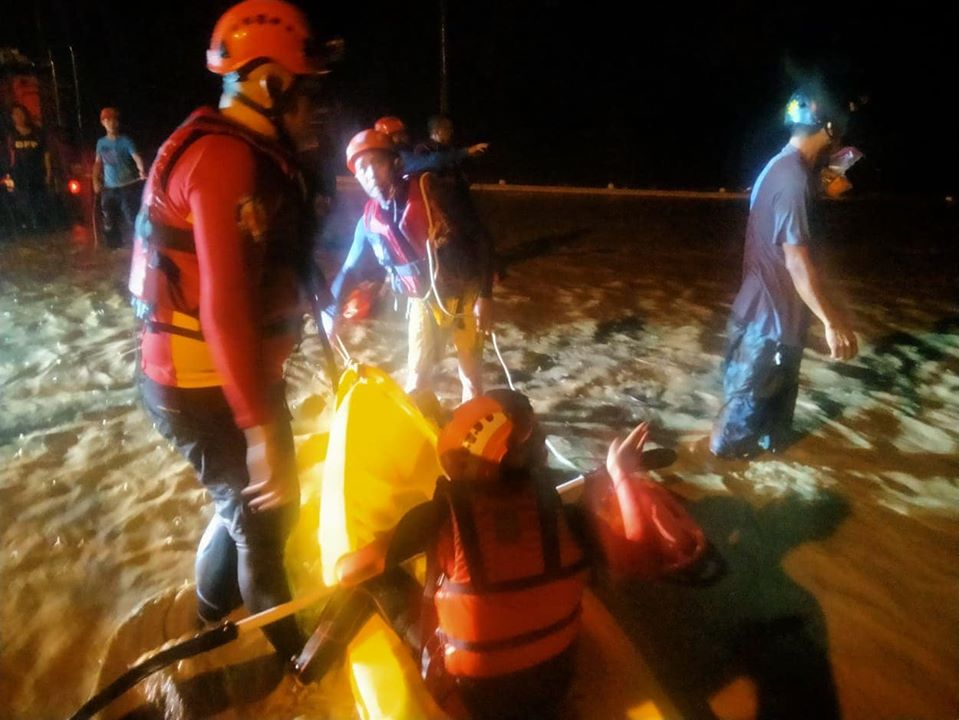 Digos City firefighters and other emergency crews respond to calls for help during the flash floods that swamped the city’s low-lying areas on Sunday. PHOTOS FROM DIGOS BFP

DIGOS CITY—Hundreds of residents in low-lying areas here fled to safer grounds after a sudden surge of floodwater inundated their neighborhood and trapped them in their houses on Sunday (June 28).

Some residents climbed on roofs and called for emergency responders as the raging waters prevented them from getting out of their houses toward night time.

Mayor Josef Cagas sent all available vehicles of the city government and the Bureau of Fire Protection (BFP) deep in the night to rescue those who had been trapped.

Emergency teams from Davao City and other towns in Davao del Sur and Davao Occidental also came to the rescue.

More than a hundred individuals were brought to Digos City gymnasium shortly before June 28 midnight while others were accommodated at the Digos City National High School gym.

Miralles said the villages of Aplaya, Cogon and nearby areas were submerged in waters as deep as 1.5 meters and were considered the worst hit.

He said the flooding was the worst he had seen in the city in the last seven years.

He said the mountain ranges at the foot of Mt. Apo, specifically in the villages of Kapatagan and Binaton, were also flooded.

The city social welfare office and other government agencies distributed relief goods in evacuation centers and in areas submerged deep in the floodwater. 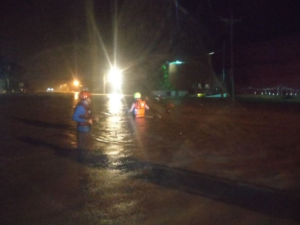 On Sunday night, floodwaters nearly swallowed the Digos River Bridge, also known as Canos Bridge, and other bridges on the city highway.

Motorists coming from Davao City, General Santos City and Cotabato City were barred from passing through the national highway as the roads disappeared in an ocean of floodwater, making passage highly risky.

In Hagonoy town, floodwaters overflowed along Balutakay Bridge which linked the town to Digos City, causing heavy traffic on both sides of the national highway.

There was no reported casualty so far.

Some flood victims still managed to connect to social media to call for emergency responders from the rooftop of their houses.

The city government deployed its Rapid Damage Assessment and Needs Analysis (RDANA) team on Monday (June 29) to assess the damage.

Initial reports said the Digos River Bridge at the heart of the city took damage in its foundations. The flood also destroyed the river control dikes on the side of the Digos River.