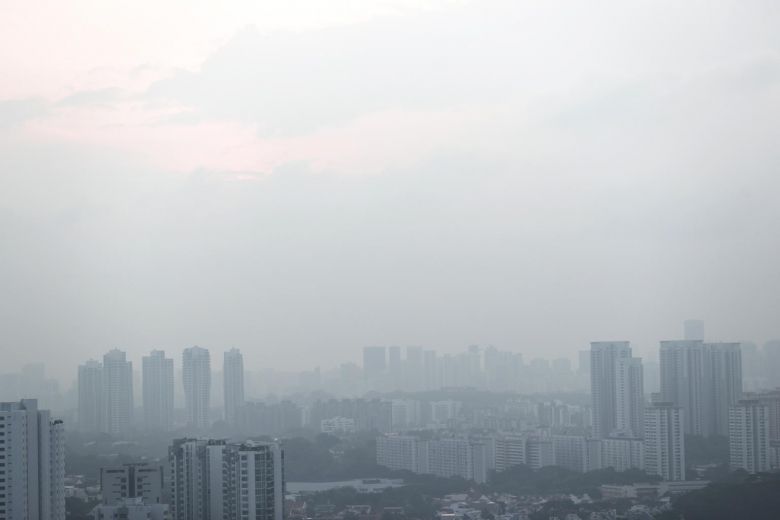 A Pollutant Standards Index value of 101 or greater for 24 hours or more is defined as unhealthy in Singapore. ST PHOTO: KELVIN CHNG

JAKARTA — Indonesia has pledged to respect international law as Singapore investigates companies and individuals linked to the 2015 land and forest fires that enshrouded the region in toxic haze.

“Both Singapore and Indonesia have regulations (regarding forest fires). We respect our mutual agreement, which is based on international law,” Coordinating Maritime Affairs and Investment minister Luhut Pandjaitan said in a statement on June 24.

Mr Luhut, tasked by President Joko Widodo to coordinate efforts in fighting forest and plantation fires, was speaking at a virtual meeting with ministers, as the country braces for the peak of the dry season in August and September.

Transboundary haze pollution from Indonesian forest fires has affected neighbouring countries, especially Malaysia and Singapore, for around two decades now. Haze pollution between June and October 2015 was one of the worst on record.

The Act targets those responsible for causing or condoning fires, if burning results in unhealthy levels of haze in Singapore.

A Pollutant Standards Index value of 101 or greater for 24 hours or more is defined as unhealthy in the Republic.

An NEA spokesman said in an e-mail to The Straits Times last Saturday (June 27) that the investigations under the THPA are still ongoing.

Mr Luhut said Indonesia will also adhere to the Asean Agreement on Transboundary Haze Pollution, a pact to combat the regional smog that it ratified in September 2014, the last of 10 countries to do so.

While Indonesia is committed to working together with Singapore in controlling land and forest fires and the spread of haze across national borders, Mr Luhut said, any efforts undertaken must not compromise Indonesia’s national sovereignty.

“We are obligated to defend Indonesian nationals, but we also enforce laws on them if they are found guilty,” the minister said.

This means that “any verdict or sanction on Indonesian parties issued by foreign courts and governments will not be automatically executable in Indonesia”, ministry spokesman Jodi Mahardi told ST on June 25.

However, Indonesia will also use its environment and forestry laws to enforce against the errant companies if they are found to have breached the laws, he added.

Singapore’s Transboundary Haze Pollution Act (2014) was enacted to complement the efforts of other countries to hold companies, including Singapore and non-Singapore entities, to account for causing or contributing to haze pollution in Singapore, according to an NEA spokesman.

“The THPA also does not replace the laws and enforcement actions of other countries, and adds to the collective efforts to hold errant companies accountable for their actions,” the NEA added.

Indonesia has been carrying out cloud-seeding operations to induce rain in regions prone to forest fires until the dry season ends in September.

In late March, the country’s Meteorology, Climatology and Geophysics Agency forecast a “wetter” dry season this year compared to last year for most of Indonesia.