Experience of a lifetime: 2 months ‘layover’ in Arctic Circle due to COVID-19 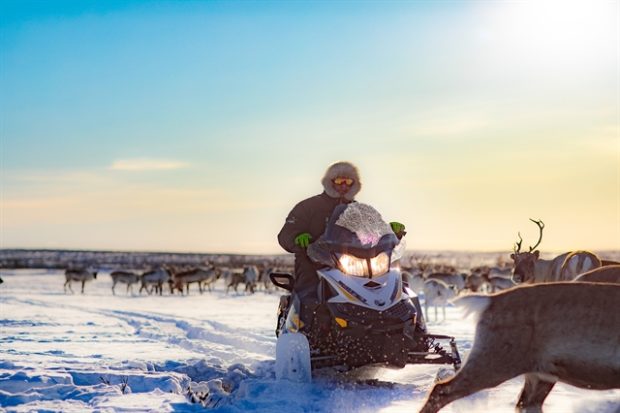 HANOI — The outbreak of the novel coronavirus pandemic forced Hoàng Lê Giang to stay in Kautokeino village and Soroya Island in Norway, one of the northernmost places on Earth.

Spending two months more than he planned for a trip to the Arctic Circle turned out to be the experience of a lifetime, with so many memories of the affection and kindness of local people during times that were trying for all and which thoroughly changed his view on life.

“I have never stayed in someone else’s house for more than three or four days, but this time I stayed with new friends in a faraway land for a couple of months,” he recalled.

“Nils Sara, the head of the family, treated me as one of his own and watched out for me. He made sure I tried new things while there, like eating freshly caught trout and smoked reindeer.” 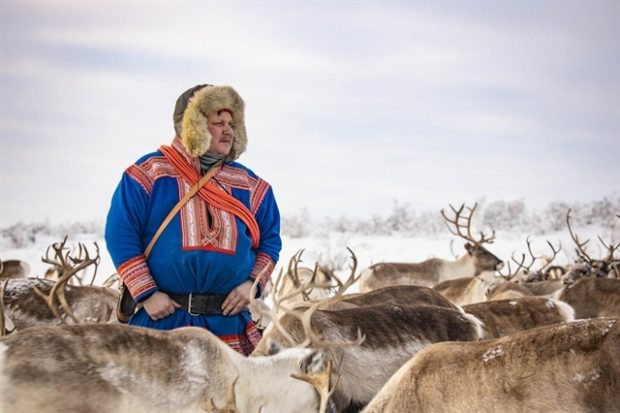 Nils Sara, the head of the Sami family, offers Giang to live with his family when he got stranded in Kautokeino Village. Photo courtesy of Hoàng Lê Giang via Viet Nam News/Asia News Network

A man of adventure, 32-year-old Giang left HCM City on February 22, bound for Mongolia and the city of Olgii in its west, where eagle hunters live.

He was put into quarantine after flying from the Mongolian capital Ulaanbaatar to Olgii, however, as another passenger onboard was returning from South Korea and others had a high temperature.

His initial plan was to return to Vietnam when his period of quarantine ended and then head to Norway, to escort a group of clients to the Arctic Circle to see the Aurora Borealis, experience life with reindeer herders, and have some fun dog sledding.

But people returning to Vietnam had to be quarantined for 14 days, which didn’t appeal to Giang at all. So, he decided to travel from Mongolia through Russia and onwards, reaching Kautokeino village, near the city of Alta, in Norway on March 9.

He planned to follow the Sami people until March 17 and then visit his old school in Sweden before returning to Vietnam at the end of the month.

Then international flights came to a standstill, and he found himself stranded in a faraway land thousands of miles from home.

What occupied his mind at first were his ever-dwindling finances in a country where the cost of living is particularly high, with the uncertainty of when he may leave added to the mix.

It was also cold, with night-time temperatures dropping to -20 degrees Celsius at times.

Though alone and stranded, good fortune came his way in Kautokeino, as a family of Sami people invited him to stay with them in their wooden cabin in the mountains.

There was no electricity, water, or phone signal, so he had to adapt to new living conditions.

“No two days were the same,” he remembers. “One day may be spent relaxing and listening to music, or riding snowmobiles to check on the reindeer, or driving for hours in the mist ferrying equipment and gasoline somewhere. We may head out to cut firewood or to fix one of the snowmobiles. On other days we stayed indoors eating reindeer stew waiting for a storm to pass.”

Every two weeks or so he would go to the nearby town to buy food and other necessities, and make a call home to let his family know he was still okay.

As the end of winter approached and spring neared, the Sami people moved their reindeer from the mainland to the islands and Giang followed them to Soroya, one of the most beautiful islands in Norway.

There he witnessed days of spring without sunsets, enjoyed the freshest of air, and explored the stunning natural scenery in a place he now thinks of as heaven. 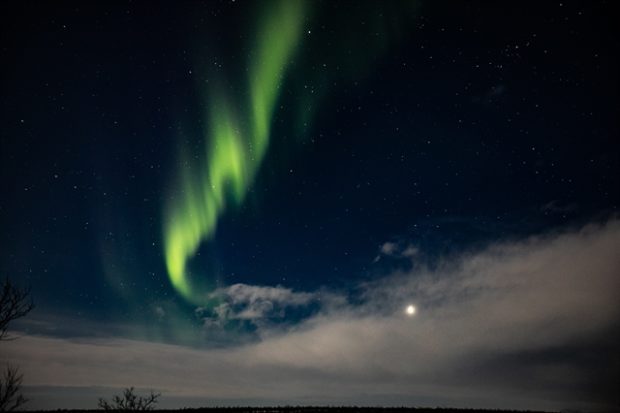 “Everything was so memorable, from the beautiful aurora I saw at the winter cabin to the migration of reindeer to the island, and all of the trips back and forth on snowmobiles, surviving in the wilderness,” he said.

“The weather was harsh, but the natural surroundings were like being in a fairytale. Best of all, though, was the kindness of my hosts.”

After he was interviewed on national TV – as a Vietnamese stranded in the Arctic Circle herding reindeer was a novelty in Norway – many people also offered to help. Acquaintances he had met just once in the country didn’t hesitate to invite him to stay with them if he encountered any trouble whatsoever.

On his first day on the island, an elderly neighbor brought him noodles, vermicelli, oyster sauce, and some other Asian food, as she was worried he felt homesick.

“Nils’s mother knitted a pair of woolen socks and mittens for me, and he gave me a Sami knife as a token of our friendship,” he remembered fondly. 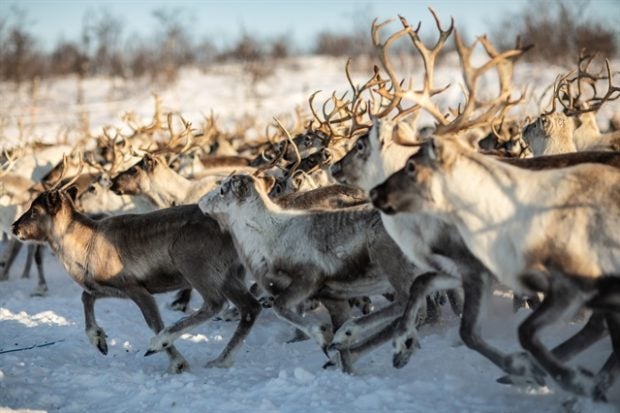 When the winter was coming to an end, the Sami people moved their reindeer from the mainland to the Soroya Island for spring. Photo courtesy of Hoàng Lê Giang via Viet Nam News/Asia News Network

During his days stranded in Norway he contacted the Embassy of Vietnam in the country as well as in Germany, France, Sweden, and Portugal, where many Vietnamese lived, thinking his chances of getting back home were higher.

As soon as there was a flight to Vietnam from Frankfurt, he asked for an official letter from the embassy to get to Germany and fly out.

“The flight back home was quite expensive,” he said.

After five legs in total, he arrived in Vietnam on May 16 and was placed in quarantine in Đà Nẵng for 14 days.

He felt lucky to be home, to continue with his work and spare his family any further concern. But he yearns to once again catch cod with his Sami friends, who have kept in touch since he left the Arctic Circle.

“Be calm, contact the embassy, and make the most of your time in the country where you find yourself,” was Giang’s advice to anyone in a similar situation to his.

“It was definitely the experience of a lifetime. I learned so much about life, kindness, and culture in Norway. I will be back there as soon as I can.”