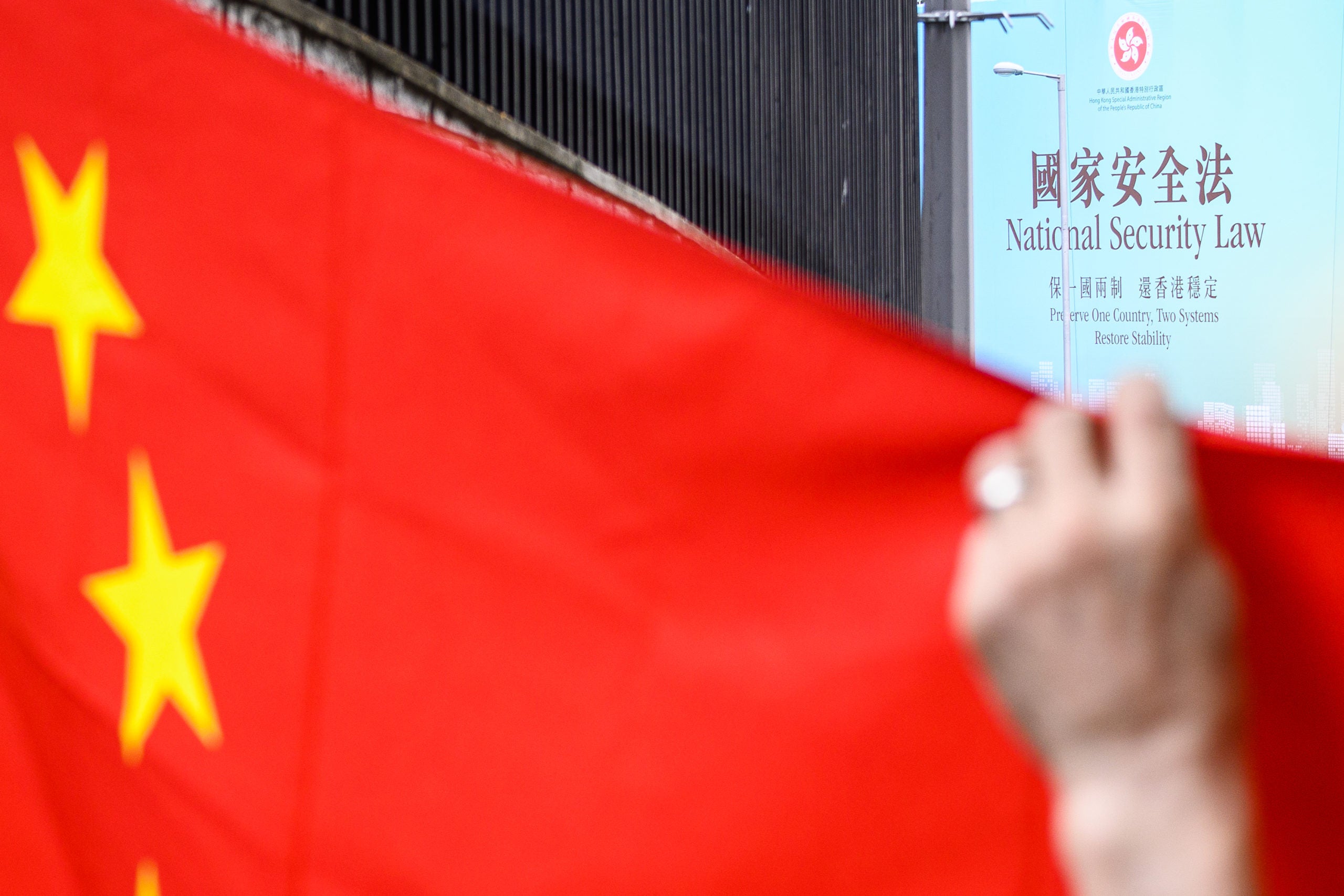 A billboard (top R) referring to the incoming National Security Law is seen beyond a Chinese national flag being held up by a pro-China activist during a rally outside the US Consulate General in Hong Kong on June 26, 2020, a day after the US Senate unanimously approved a bill that would lay out sanctions on Chinese officials who undermine Hong Kong’s autonomy as Beijing pushes forward with a controversial security law. (Photo by Anthony WALLACE / AFP)

The Communist Party leadership says the national security law is needed to end political unrest after the city was rocked by months of pro-democracy protests last year, but critics fear the law would smother the financial hub’s treasured freedoms.

Delegates at a meeting of the National People’s Congress Standing Committee reviewed the draft of the law at the committee’s second meeting of the month on Sunday, the official Xinhua news agency said without giving details of the bill’s latest contents.

Sunday’s discussion means the committee is expected to vote on and adopt the law — which is being fast-tracked — in the next few days.

China’s parliament endorsed the planned legislation last month, sending the draft to the Standing Committee for discussion and revision.

International critics and opposition politicians in Hong Kong have voiced fears that the law will effectively end the “One Country, Two Systems” arrangement granting the former British colony freedoms unseen on the mainland.

Xinhua said earlier this month that China will set up a “national security agency” in the semi-autonomous city and that the new law will override any existing Hong Kong laws that may conflict with it.

China had agreed before Britain handed the territory over in 1997 to let Hong Kong maintain certain liberties and autonomy until 2047 — including legislative and judicial independence and freedom of speech.

Article 23 of Hong Kong’s mini-constitution, the Basic Law, says the city must enact a bill to prohibit “treason, secession, sedition (and) subversion” against the Chinese government.

But an attempt to pass it through the city’s legislature in 2003 was shelved because of mass protests.