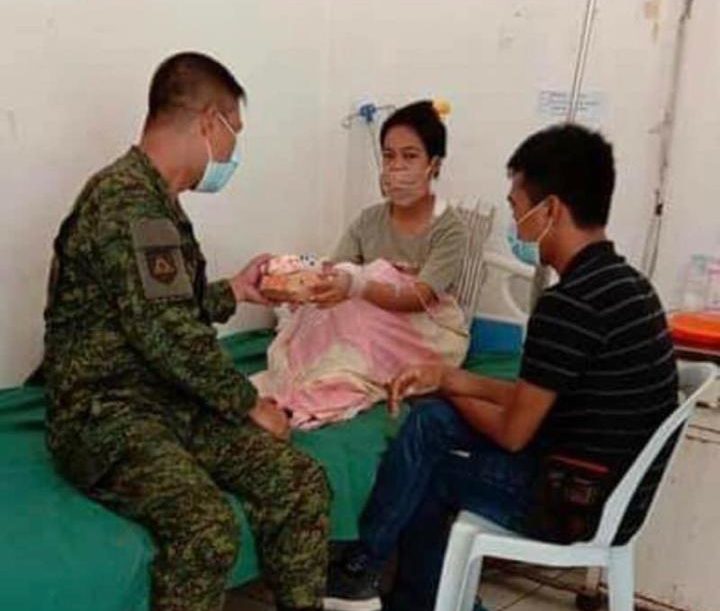 MANILA, Philippines — The Philippine military’s 8th Infantry Division (8ID) on Sunday refuted claims that the relatives of a suspected leader of the New People’s Army (NPA), who was killed in a firefight in Northern Samar, were critically injured after the encounter.

Last June 20, suspected NPA leader Zalday Meraya and his aide were killed in a “brief arm engagement” with the military forces who went to his home to serve his arrest warrant for multiple attempted murder.

According to Captain Reynaldo Aragones, spokesperson of the 8ID based in Catbalogan City, Samar, several progressive groups had claimed that Meraya’s daughter, Jolina Calot, was in critical condition after the encounter.

But Aragones said Calot, along with her mother and two sisters, sustained “superficial lacerations” and were brought to the hospital.

(It’s not true that they were in critical condition. Superficial laceration based on the report. Only minor injuries. The doctor said that they need not be admitted but it would be better if they are able to rest).

They were discharged from the hospital last June 26 and will undergo post-traumatic stress debriefing, he added.

(They have been discharged, they are in good hands but they will still undergo post-traumatic stress debriefing. Who wouldn’t be traumatized, they lost their father).

Aragones, meanwhile, maintained that Meraya’s men fired upon government troops when they were about to serve his arrest warrant, prompting authorities to return fire.

In a Facebook post on Saturday, Col. Harold Cabunoc, Operations Research Center chief of the Philippine Army, also refuted claims that Calot was in critical condition.

Cabunoc also denied red-tagging individuals but only questioned the way reports are being “twisted” to serve the ends of only one group.

He added that reports should be balanced, with both sides being presented, as not to be misinterpreted as being used as propaganda tools.