Biden slams Trump over reported bounties placed on US troops

WASHINGTON  — Joe Biden attacked President Donald Trump on Saturday over a report that he said, if true, contains a “truly shocking revelation” about the commander in chief and his failure to protect U.S. troops in Afghanistan and stand up to Russia. 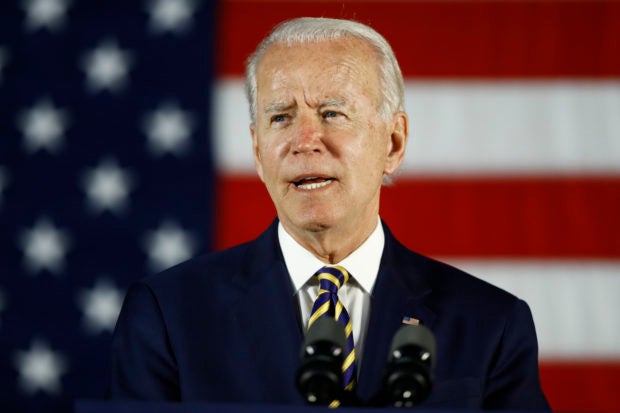 The report said the Russians offered rewards for successful attacks last year, at a time when the U.S. and Taliban were holding talks to end the long-running war.

“The truly shocking revelation that if the Times report is true, and I emphasize that again, is that President Trump, the commander in chief of American troops serving in a dangerous theater of war, has known about this for months, according to the Times, and done worse than nothing,” Biden, the presumptive Democratic nominee, said during a virtual town hall.

The White House said neither Trump nor Vice President Mike Pence was briefed on such intelligence. “This does not speak to the merit of the alleged intelligence but to the inaccuracy of the New York Times story erroneously suggesting that President Trump was briefed on this matter,” press secretary Kayleigh McEnany said in a statement.

“This unsophisticated plant clearly illustrates the low intellectual abilities of the propagandists of American intelligence, who instead of inventing something more plausible have to make up this nonsense,” the Russian Foreign Ministry said.

The Times quoted a Taliban spokesman denying that its militants have such a deal with the Russian intelligence agency.

The newspaper, citing unnamed officials familiar with the intelligence, said the findings were presented to Trump and discussed by his National Security Council in late March. Officials developed potential responses, starting with a diplomatic complaint to Russia, but the White House has yet to authorize any step, the report said.

Biden slammed Trump over his reported failure to act.

“Not only has he failed to sanction and impose any kind of consequences on Russia for this egregious violation of international law, Donald Trump has continued his embarrassing campaign of deference and debasing himself before Vladimir Putin,” the former vice president said.

Biden called it a “betrayal of the most sacred duty we bear as a nation — to protect and equip our troops when we send them into harm’s way.”
He said Americans who serve in the military put their life on the line. “But they should never, never, never ever face a threat like this with their commander in chief turning a blind eye to a foreign power putting a bounty on their heads,” he said.

“I’m quite frankly outraged by the report,” Biden said. He promised that if he is elected, “Putin will be confronted and we’ll impose serious costs on Russia.”