MANILA, Philippines — The country’s testing capacity for the new coronavirus disease (COVID-19) is expected to expand after the Philippine Red Cross formally opened on Saturday a molecular laboratory that can process up to 14,000 samples in a day.

Each automated machine can process up to 1,000 swab samples a day. These same machines could also be used to detect other illnesses like tubercolosis, hepatitis and leukemia, as well as the Zika virus borne by mosquitoes and the human immunodeficiency virus.

Former Health Secretary Paulyn Ubial, who is in charge of PCR’s laboratories, said the total cost of processing a swab sample amounts to at least P3,500.

This is still significantly lower compared to testing at other laboratories, she said. 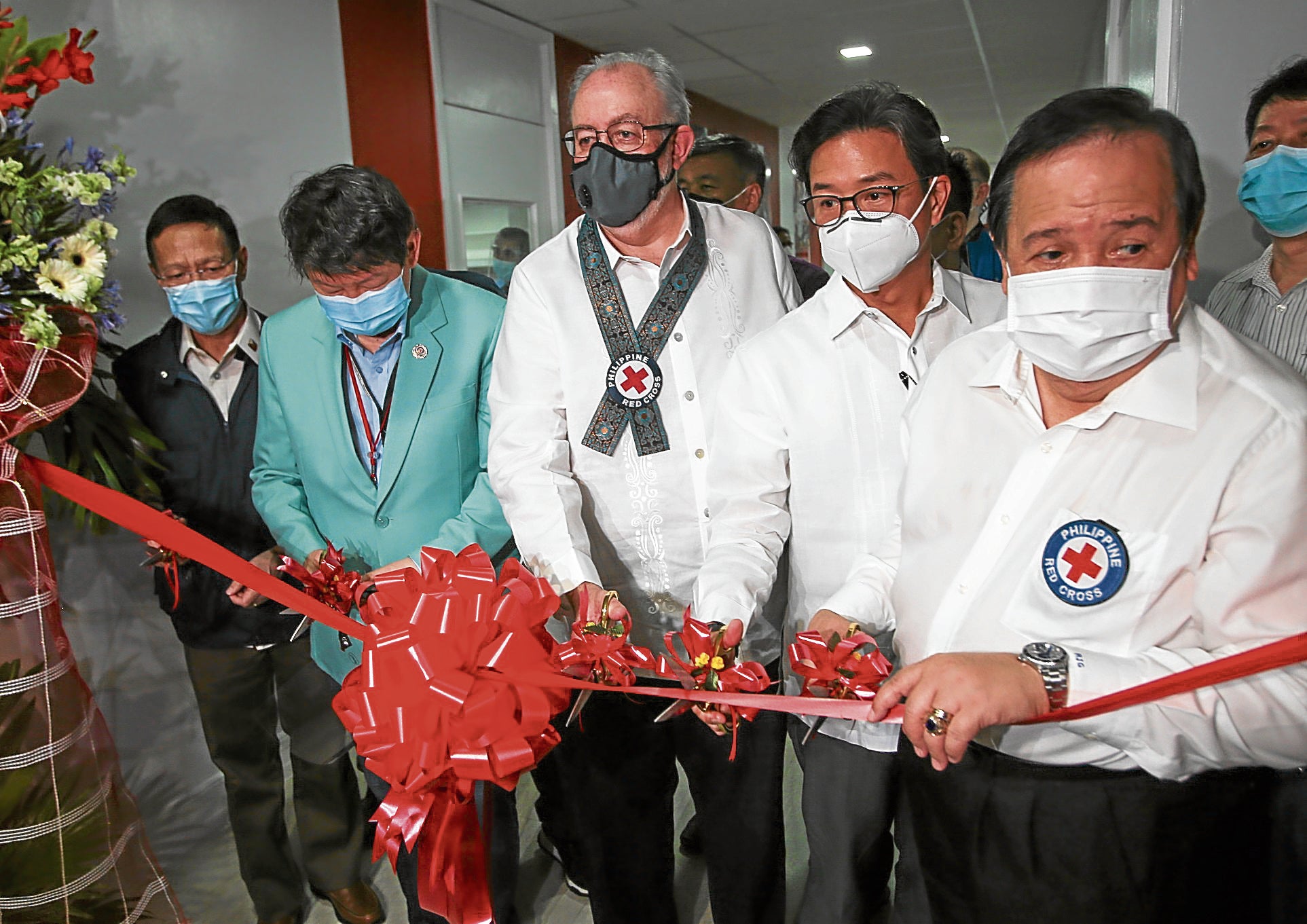 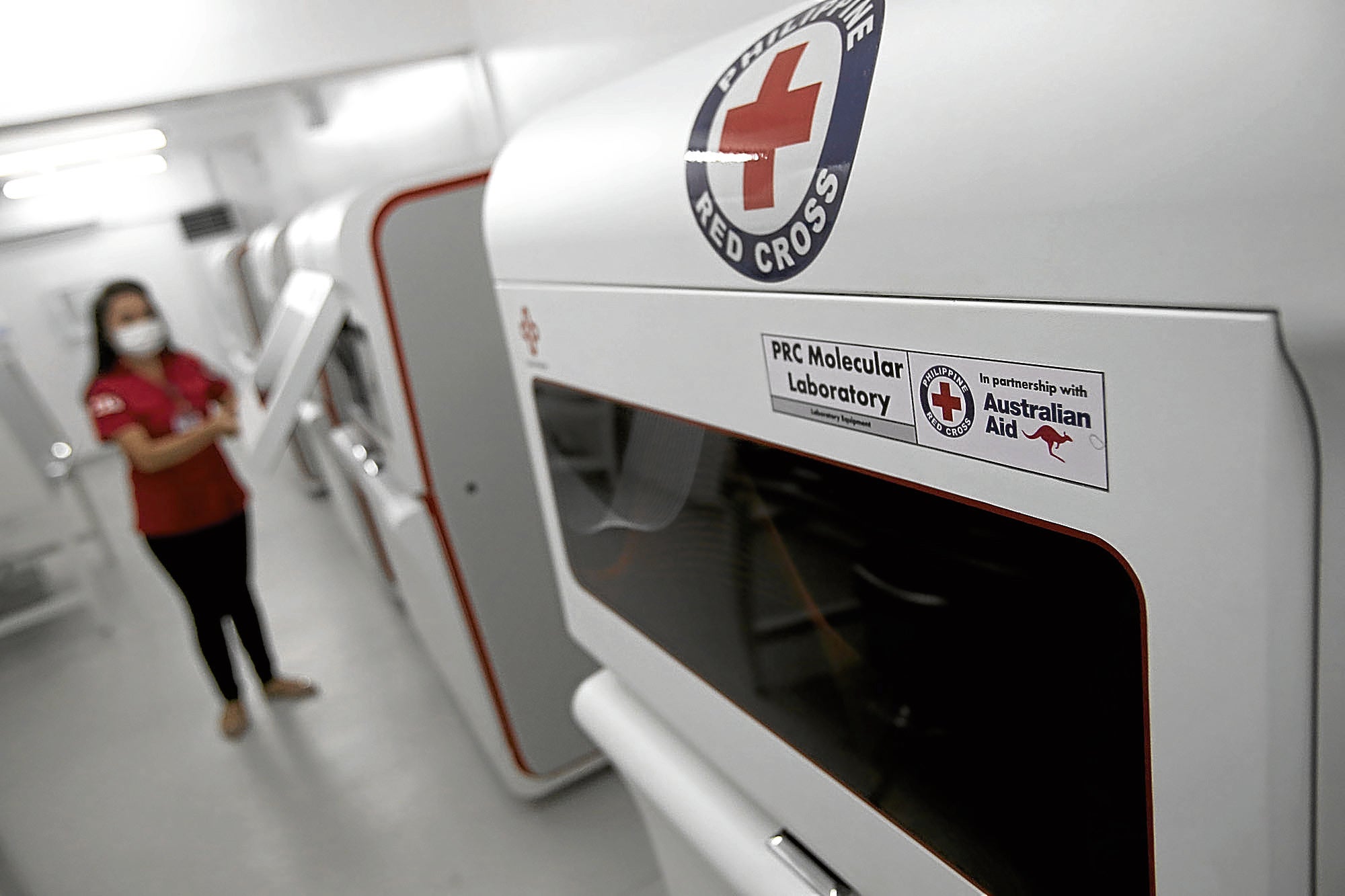 ‘TO LESSEN THE STRESS OF THE PEOPLE’ Philippine Red Cross chair Sen. Richard Gordon, accompanied by, among others, Health Secretary Francisco Duque III and Australian Ambassador Steven Robinson, leads the launching on Saturday of the country’s biggest coronavirus testing laboratory so far, located at the old headquarters of the Red Cross at Port Area, Manila. The new lab is expected to boost the country’s medical response to the coronavirus pandemic. —RICHARD A. REYES

Over 18,000 specimens have been tested at the Manila laboratory since it was accredited by the Department of Health (DOH) on May 15, Ubial said, adding that the highest number of samples processed by the Red Cross in one day was 6,000.

Sen. Richard Gordon, chair and CEO of the Red Cross, said in an interview that the aim is to test 1.7 million people in the National Capital Region, or about 13 percent of Metro Manila’s total population of 12.9 million.

Gordon cited the World Health Organization’s recommendation that countries should test 13 percent of their population—which means the Philippines needs to test 14 million of its almost 110 million people.

In contrast, the government has targeted to test 1 percent of the population by the end of July. As of last week, 609,327 have been tested, according to the DOH data.

Gordon said that “theoretically we can finish Metro Manila in 50 days. This is the epicenter and if we [hit the target number] the [transmission] will be lessened.”

The Red Cross is also looking to ramp up testing in Cebu province due to the mounting number of cases in the area.

“We want to lessen the stress of the people,” Gordon said.

The Red Cross’ Port Area laboratory, which runs for 24 hours, is its third and the largest so far in the country.

Gordon said the Research Institute of Tropical Medicine (RITM) in Muntinlupa is the second largest laboratory. It has a testing capacity of 3,800 a day, but Gordon said it only tests 800 people daily.

He also pointed out that while RITM’s PCR machines are manually operated, the Red Cross machines are automated.

The DOH has so far accredited 68 testing laboratories in the country, including the Red Cross’ Port Area laboratory.

Gordon said the Red Cross is opening more facilities in Laguna, Batangas, Cebu, Bacolod and Cagayan de Oro, apart from the laboratories already in operation in Clark and Subic.

Despite that capacity, the Mandaluyong laboratory has only been testing 2,600 a day, Gordon said, adding that around 2,000 to 3,000 samples are sent daily by the local governments as well as by private institutions.

Gordon called on Interior Secretary Eduardo Año and the local governments “to have people to be tested.’’

“If [we do this], there will be less people who will get sick of COVID-19 and more people can go back to work,’’ the senator said.

—With a report from Christine O. Avendaño