Jeepneys are expected back on the streets of Metro Manila next week after they were banned four months ago, but only on 30 routes, transport officials said on Saturday as they continued parrying public criticisms against their decision to place the “King of the Road” at the bottom rung of the government’s economic recovery plan.

The Land Transportation Franchising and Regulatory Board (LTFRB) also announced on Saturday that around 980 UV Express (UVE) vehicles would start operating in 47 routes in and out of the national capital on Monday as part of its “gradual, calibrated and partial” approach to revive the public transport system.

In an interview with the Inquirer, LTFRB chair Martin Delgra said the 30 jeepney routes would be in addition to the 38 now being plied by the new minibuses which are the planned replacements for the jeepneys.

The 68 jeepney and minibus routes are interwoven into the route rationalization program now being implemented for buses in Metro Manila, he added.

Delgra said they had started processing applications for special permits, which would require jeepneys to pass emission and road worthiness tests.

“Our policies take on the public health concern principally—to ensure the commuters’ health and safety. Public transport is only secondary,” Delgra said. 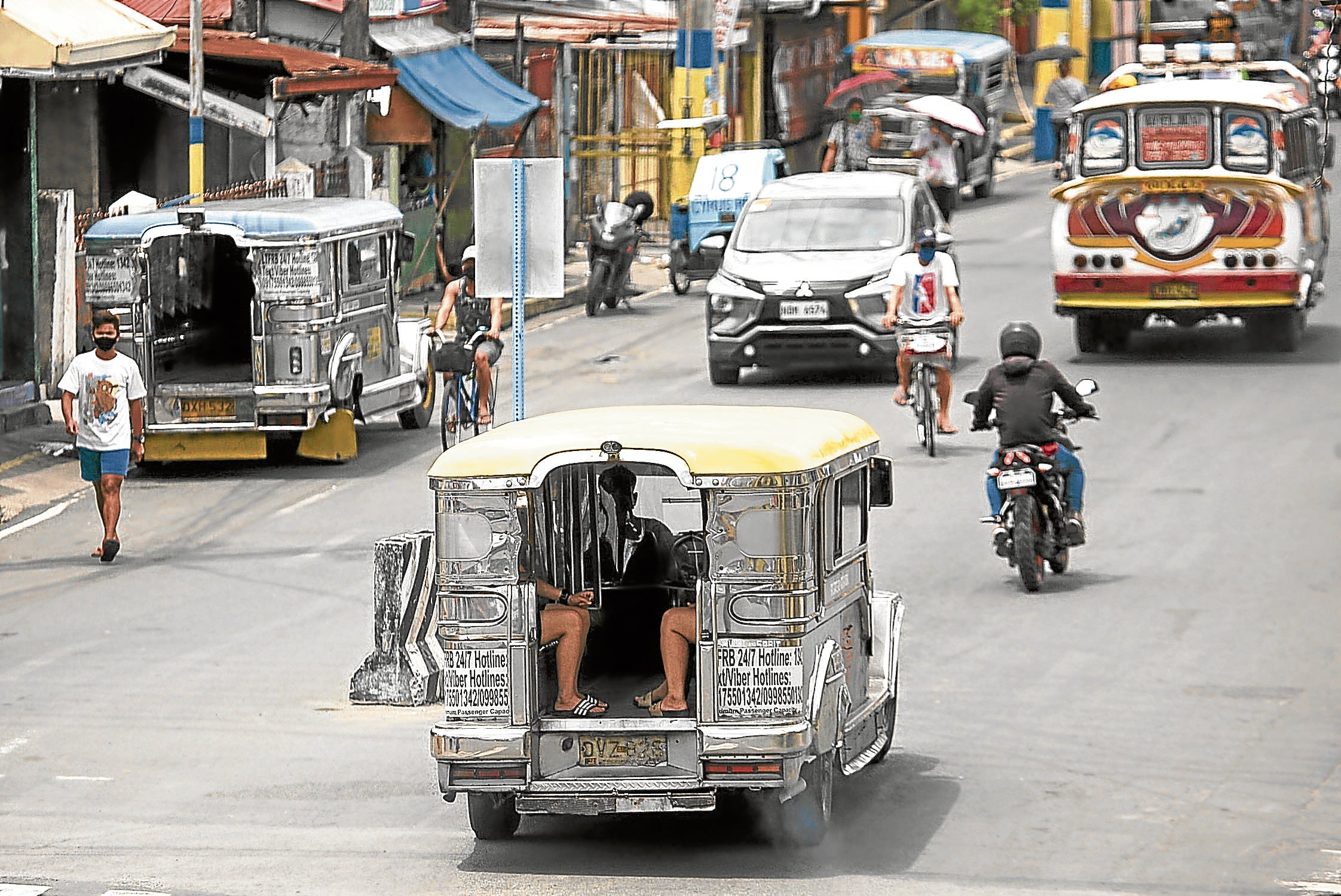 BACK ON THE ROAD Some jeepneys will be running on 30 routes in Metro Manila next week, according to transport officials. They will add to the 38 routes now being served by the new minibuses which the government plans to replace the ubiquitous jeepneys with. —LYN RILLON

He echoed the statements of Assistant Transport Secretary Goddes Libiran, who defended the department’s blanket ban on jeepneys and its perceived “antipoor” move to “modernize” during the pandemic.

“It’s not true that we took advantage of the pandemic to push for the [public utility vehicle modernization program],” Libiran said, referring to one of the Duterte administration’s flagship projects—the replacement all dilapidated public utility vehicles with modern, Euro-4 compliant vehicles.

“We were three years ahead of the pandemic. Remember that the program was launched in 2017, and that we have already given operators three years for their transition period to consolidate,” she said.

Libiran also pushed back against criticisms that the department was “antipoor,” saying they were really “antipoverty.”

“Is it antipoor to remove the exploitative practice of the boundary system, [entangled] PUV routes, long waiting lines, disorganized loading and unloading practices for commuters, and the [pollution] caused by smoke belching?” she said.

“How many years did environmentalists fight against air pollution? In the last three months, it had dissipated. Must we allow ourselves to go back?” she said.

“Please don’t spin the narrative. And the public must not let themselves be swayed by leftist groups who continue to reject the program,” Libiran added.

The LTFRB released a list of the 47 UVE routes connecting the nearby provinces of Bulacan, Cavite, Laguna and Rizal to Quezon City, Muntinlupa, Las Piñas, Makati and Mandaluyong.

Before the COVID-19 pandemic swept through the national capital and the rest of the country, there were 9,000 UVE vehicles plying 200 routes around Metro Manila.

A large number of the routes approved by the regulatory board are located in the eastern parts of Metro Manila, which had been underserved transport corridors even before the pandemic due to a lack of railways and buses.

Delgra said the board might deploy minibuses and jeepneys later if the 980 UVEs still fail to meet passenger demand.

The guidelines set by LTFRB Memorandum Circular No. 2020-025 require, among others, that UVEs only travel from terminal to terminal, which means they must not pick up or drop off passengers in between.

That provision is strikingly similar to MC 2019-025, which was challenged in court by UV Express transport groups for being “despotic” and “authoritarian.” The earlier circular has been suspended.

According to the guidelines, passengers and drivers must wear face masks. Passengers must fill out a contact tracing form at the terminal before they are allowed to board and should pay the exact fare or use a fare collection system that minimizes interaction with the driver.

They are advised to take note of the vehicle’s plate number and the driver’s name, as well as the time and date of their ride.

The vehicles should only carry two passengers per row and always one seat apart, the guidelines said.