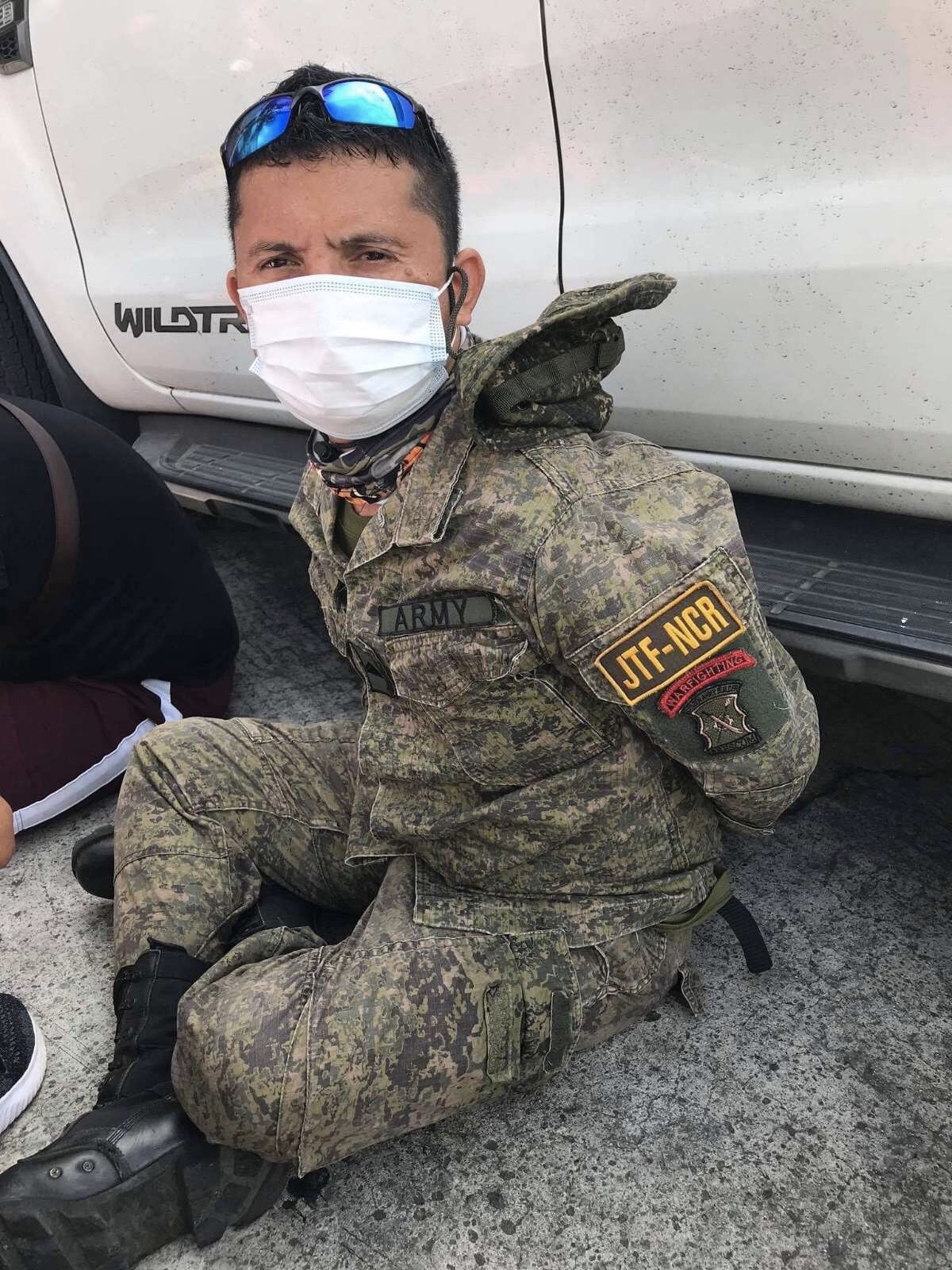 MANILA, Philippines—The Philippine Army said it will investigate a reservist who was caught during an anti-drug operation by the Philippine Drug Enforcement Agency on Saturday.

Army spokesman Col. Ramon Zagala said the Army Reserve Command will look into the involvement of Private First Class Omar Pagayawan, who was arrested along with two more individuals in a parking lot of a shopping mall in Quezon City.

Around a kilogram of suspected crystal meth or shabu with an estimated of P6.8 million was confiscated from the suspects.

“We hold all our personnel, whether active soldiers or reservists, to the highest standards of military discipline and professionalism,” said Zagala in a statement. “The Army Reserve Command will investigate this matter accordingly and if found guilty, he will be expelled from the service.”

Pagayawan’s duty, however, has been terminated on June 15.

“The JTF NCR requested for the delisting of the Army Reservist identified as Pfc. Omar S. Pagayawan after being arrested in a dangerous drug buy-bust operation in Quezon City on June 27, 2020,” said Bichara.

Pagayawan will face several charges including violation of Republic Act 9165 or the Comprehensive Dangerous Drugs Act of 2002; Article 177 or Usurpation of Authority or Official Functions; and Article 179 or Illegal Use of Uniforms or Insignia both under the Revised Penal Code of the Philippines since he was caught wearing a uniform with patches and insignias without authority.