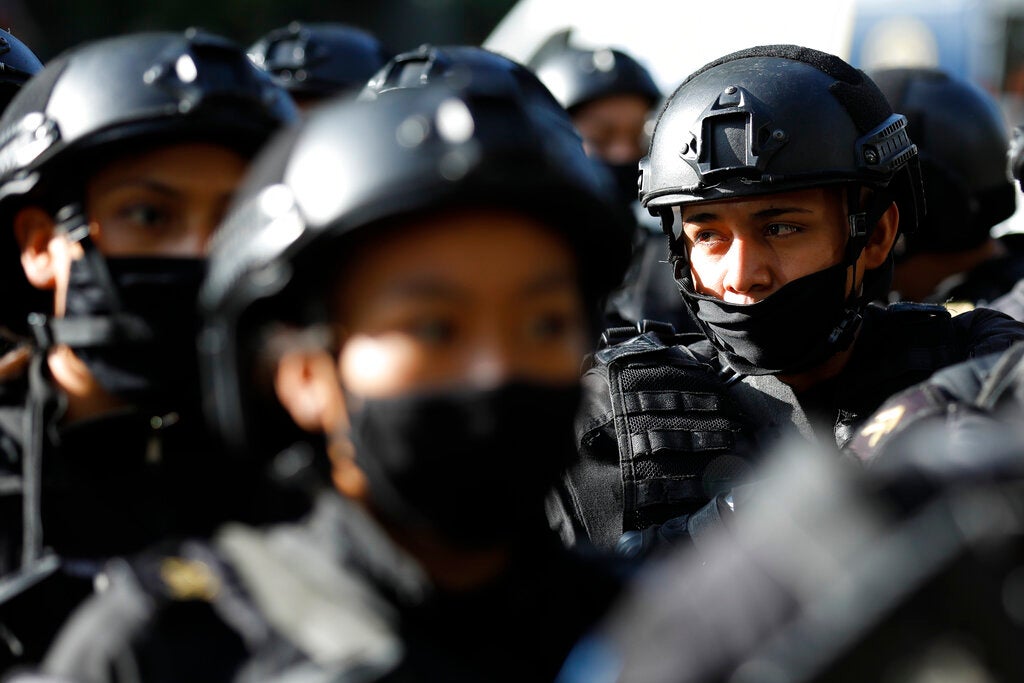 Police arrive to the scene where security secretary, Omar García Harfuch, was attacked by gunmen in the early morning hours in Mexico City, Friday, June 26, 2020. (AP)

MEXICO CITY — Mexico’s organized crime violence burst into full view Friday, as police in the north-central state of Zacatecas reported finding 14 bodies dumped on a roadside near the city of Fresnillo while gunmen shot up an armored vehicle carrying Mexico City’s police chief.

Zacatecas state police gave no further details, but photos of the dirt road where the bodies were found showed the corpses dumped in a pile, wrapped in blankets and bound with tape.

The report came as two dozen gunmen ambushed the Mexico City police chief on the capital’s most iconic boulevard, firing on his vehicle with .50-caliber sniper rifles and grenades. The ambush left chief Omar García Harfuch wounded with three bullet impacts and shrapnel. Two members of his security detail were killed, as was a woman who happened to be driving by.

A day earlier in the Pacific coast state of Sinaloa, state police said they had found the bodies of seven men wearing military-style clothing in a pickup truck in a rural area near the city of Culiacán. In another area nearby, police found nine more bodies, at least one of which had an assault rifle. Two bullet-riddled vehicles were found nearby. There had been a series of shootouts there Wednesday.

Sinaloa is home the cartel of the same name, and the dead men appeared to have been involved in turf battles between factions of the cartel.

“Clearly there is a fight between organized crime groups in this area,” said state police chief Cristobal Castañeda, noting that in the last month police have seized five belt-fed machine guns, two .50-caliber sniper rifles and about 35,000 bullets in the area.